Round-up on the road – Phare on Tour in the US 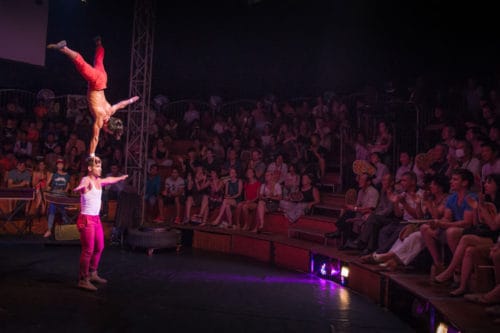 Round-up on the road – Phare on Tour in the US

We’re nearly half way through the first EVER American road trip for Phare artists…. and what an incredible month the team have been having!

So far the ‘Khmer Metal’ troupe has performed in Long Beach, Stockton and San Francisco at the Give2Asia fundraiser… they’ve done a great job at being ambassadors for the Cambodian arts by impressing audiences across the country.

Check out some of the media coverage we’ve had so far: Pride of Cambodia: Phare, The Cambodian Circus with their old friend Muhammad Yunus and former US Secretary of State George P. Shultz after their performance at the Give2Asia dinner. The troupe is gearing up for the last month of the tour and we’ve got five more events for you: Read more about some of the artists on tour Sothea Nem, Phunam Pin, and Vanthan Ly.