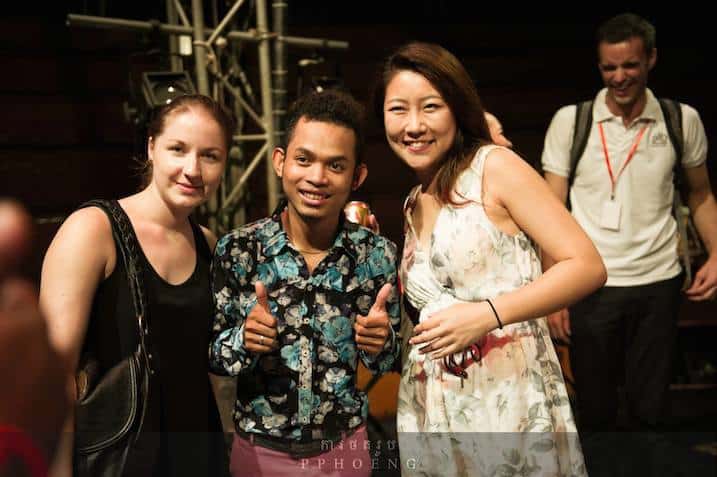 Today we have an unbelievably remarkable talent to introduce you to. Meet musician Vanthan Ly, 25, from Kompong Chhnang.  A musician? In the circus? Believe it. ALL of Phare’s productions are originally scored and accompanied by a live band of musicians!

Instruments Vanthan plays: drums, guitar, bass, piano, saxophone, vocals, traditional Khmer instruments, xylophone… “pretty much everything,” he and the rest of the cast kept saying. How is this even possible?

Though his father is a music teacher, Vanthan didn’t touch an instrument till he was 8 years old, and it wasn’t until he was 11 that he began practicing in earnest when he started taking classes at our NGO, Phare Ponleu Selpak (PPS). He didn’t care much for singing and other instruments at first as percussion consumed him. He didn’t have the money for a proper set of drums, but he learned to improvise with metal pots and lids. He also got creative building other makeshift instrument including a guitar – a blackboard with elastic bands strung across it – and small hand drums – bottles with ends cut off and stretched over with elastic fabric.

Touring with Phare’s live band when he was just 12, his dream of being a famous musician was born. Vanthan wants to learn to produce his own albums, but needs to better learn the technical side of production first, he says… This even with having performed and produced 3 full albums that accompany the circus pieces he has been a part of. Talk about a dedicated student!

Most difficult part of being a musician? Not having a teacher! Vanthan is a mostly self-taught man, though the internet has been a great help to him, as have the sounds of his heroes. Also, quality instruments are expensive and he isn’t able to afford them.

We’ll end on Vanthan’s favorite song of all those he has written. It is about his mother, and blends real life with fiction, as well as a Khmer cultural tendency…
Through PPS, while living in France for one year to study music, Vanthan’s parents separated. At first, he wanted the song to be about family as a whole, but his heart was drawn to write about the need for support of mothers in Cambodia… he imagined the journey of so many women in his country trying to raise their sons to be strong men, and how they so often do not listen to their mother’s guidance. He wrote into the lyrics that he had returned to Cambodia too late and his mother had died before he could tell her that he had followed through – that he had worked hard like she had always asked of him. Vanthan said he feels that this is the story of so many young men in Cambodia, and he wants the theme of his lyrics to reach them.

Come listen to Vanthan while you’re in Siem Reap, or even travel to Battambang if you have to. You won’t find any local music that can match his skill. Guaranteed. After the show, he may even play you a quick tune if you ask him nicely. Phare The Cambodian Circus – the best movement theatre AND the best music you’ll hear in Siem Reap.

Find out more about the Phare performances where you can hear Vanthan play: “Sokha” & “Khmer Metal” 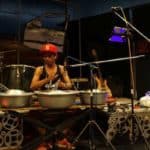 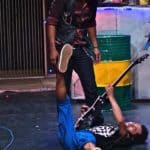 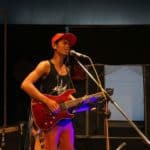 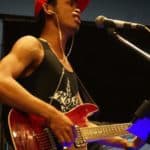 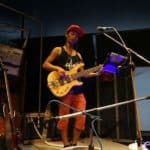