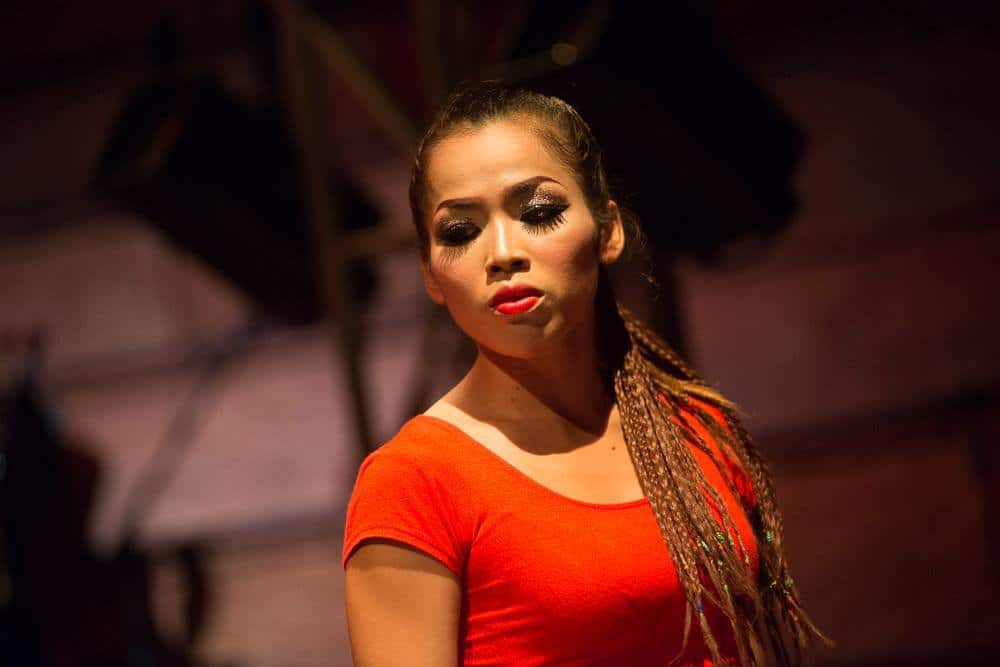 Today I spoke with Sreyleak Nov, 23, from Battambang. She is a Contortionist, hand balancer, and acrobat. She is currently one of the 2 female stars in on Phare’s acclaimed production, Eclipse.

At 6 years old, Sreyleak began study at the general public school within Phare Ponleu Selpak… like many of her other cohorts at Phare, she would sell rice treats on the street to bring in money for her family when she wasn’t in school. Joining Phare so young, she can’t remember much before it. She didn’t begin her circus study until she was 13, when a coordinator was visiting in the community and talked to her about joining when he was in her neighborhood. 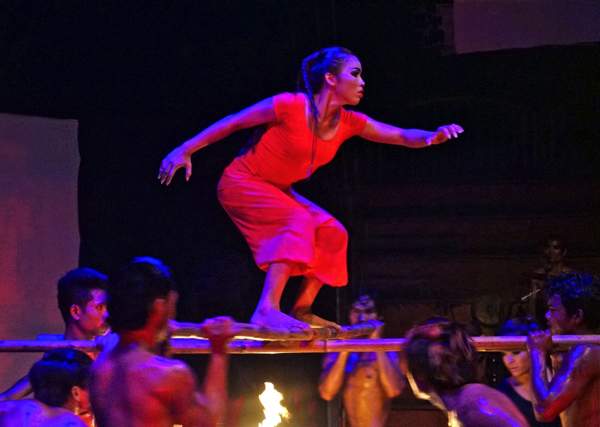 Home life? Sreyleak has 11 brothers and sisters! This was especially hard because she had a brother who was addicted to drugs and her father died when she was 16. This left her mother and other siblings alone with the massive task of raising one another. She wanted, and still wants, nothing more than to help her mother. The circus gave her a means to do this as she began performing for money with Phare when she starred in her first production at 14. She came to live in Phare’s residential center with many of the local orphaned children who also stayed there. 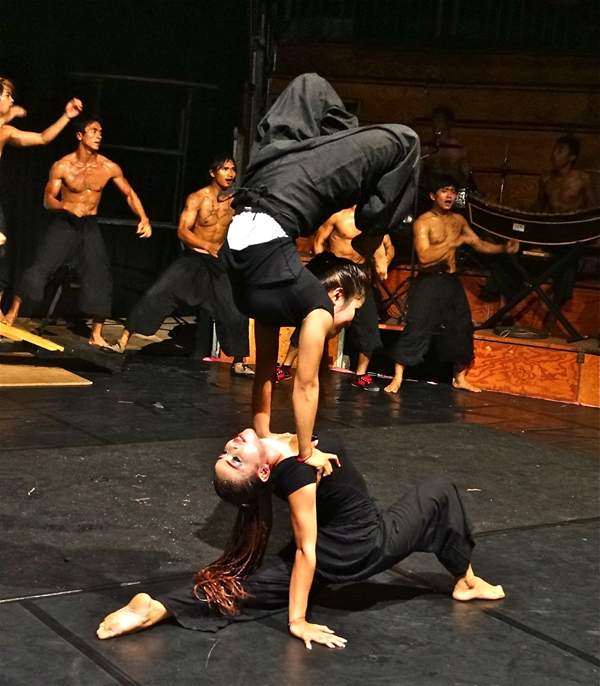 She has dreamed of being a star in the circus for as long as she can remember and wants to travel the world as a performer.  As luck would have it, she and her troupe will be traveling Europe this winter with their production Eclipse. She speaks French and English and wants to improve her language skills even more so because she also aspires to work on the promotional side of the circus – helping other performers to book shows around the world. 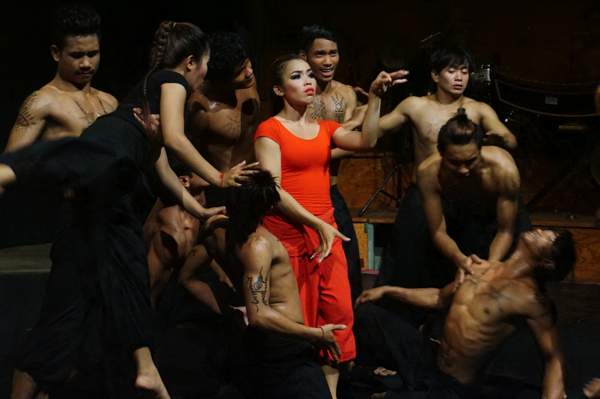 Favorite trick? Acrobatic aerial launches. She can do some flips through the air now and wants to learn more advanced moves in the future.

Where does she see herself in 10 years? She wants to have kids one day and wants to teach them the value of education… she sees the importance of language and will be sure her children can speak at least 3. And, she wants just 2 kids – 11 is not for her.

Something unique? She loves the sea – it always calms her, though she’s not the best swimmer – one day she’d like to learn to surf.

With her skills and balance, I have no doubt she’ll be a natural surfer. Come see for yourself! 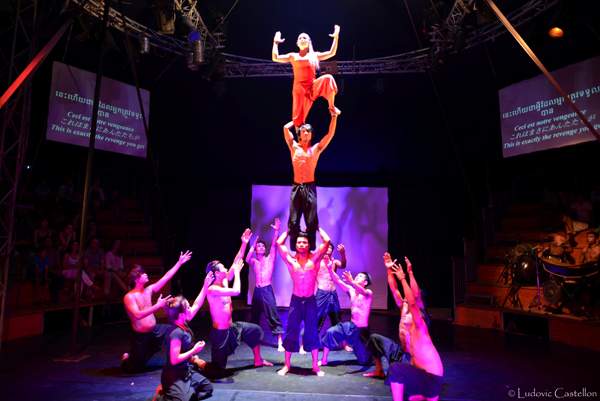 Interested to read more about some of Sreyleak’s co-stars?