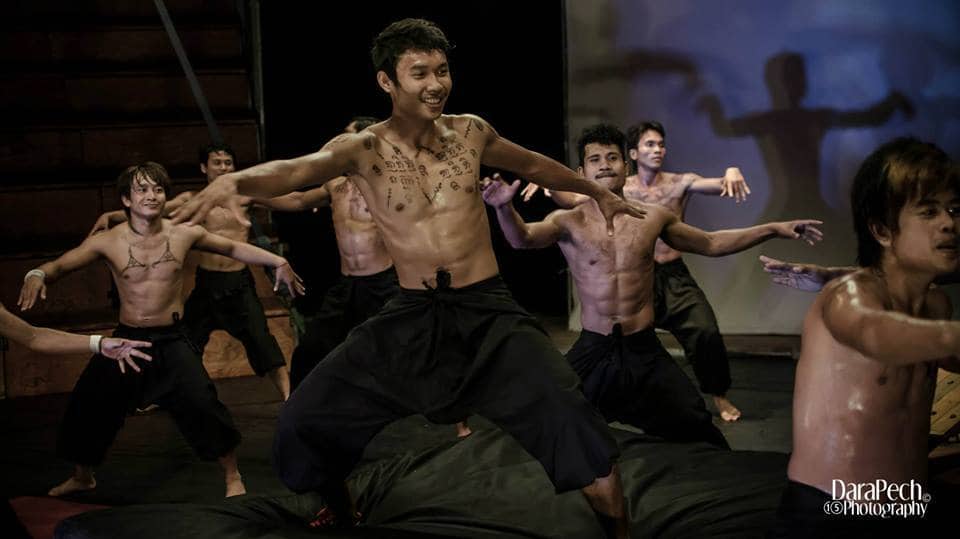 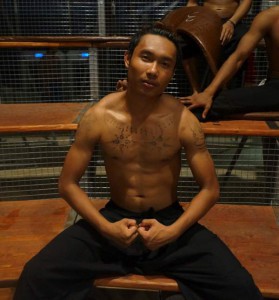 Pay Phearum, 21, from Battambang, is an acrobat and rola bola specialist with Phare. He favors anything where he is up in the air – especially the baskil (a giant catapult/seesaw contraption) which he performs with in the final scene of Eclipse.

In his earliest years, Phearum, would occupy himself by sometimes going to school and playing football or volleyball. However, he has wanted to be a performer as far back as he can remember because he saw the shows as a small child when the artists immediately became his heroes. It wasn’t until he was 12 years old that he joined the Phare Poleu Selpak circus school and actually conceived of being one of those performers. 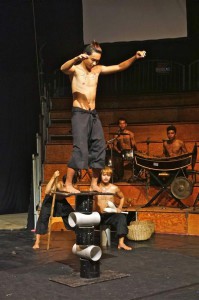 An early memory? He can remember when a bomb detonated in a military camp that was next to his childhood home. He can remember being awakened by the explosion and his family getting up to run as far away as they could because his father was worried that the blast would set off other explosives in the camp so dangerously close to their house.  He said he can vividly remember how stubborn his brother was being for a moment as he was trying to wake him to leave – and he refused! The old camp is now being built into a shopping center, but Phearum can still see in his mind’s eye a hallway where crumbling fissures formed a unique blast pattern in what was left of the concrete structure.

If he had a million dollars? Of course he would: get married, build a big house, own a big moto… but really, he’s not comfortable with the question because that much money would go so far in Cambodia, he doesn’t know what he would do with it all. 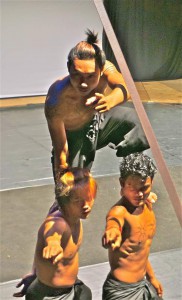 Who inspires him?… His circus teacher and coach never gave up on him when he would practice, but he also relied heavily on himself and felt like he was truly the person he could depend on most.

First moment he felt creatively inspired? He had been feeling pretty uninspired until he recently saw a super fashionable guy walking down the street and it reminded him that image can change perspective – just like the many images he saw of artists growing up. He also enjoys architecture and was fascinated by a house he saw recently that was supported only by one center pole and had a staircase spiraling around it upwards leading to various rooms.

Proud moment? He’s generally proud to be a member a of the Eclipse troupe that he is in now with Phare. He can also remember traveling to perform as a younger boy at a 5-star Siem Reap restaurant. He could barely contain himself as he felt like he was already realizing his dream of becoming a performer.  He followed this up with saying almost 10 years later he has performed in France and even at a football stadium in England. Last but not least, he couldn’t resist telling us that he is especially proud when he sees so many pretty girls in the audiences that watch his performances.

Embarrassing moment?  He used to not be able control his facial expressions when he would do tricks and people would tease him about it.

If he could be any animal? A dragon – because no one messes with dragons!… And he could fly away whenever he wanted.

And it certainly does seem like he can fly! So when your flight arrives in Siem Reap and you’ve made your way through Angkor Wat for the day, come see Phearum and our other artists in the highest rated attraction outside of temples – Phare The Cambodian Circus. 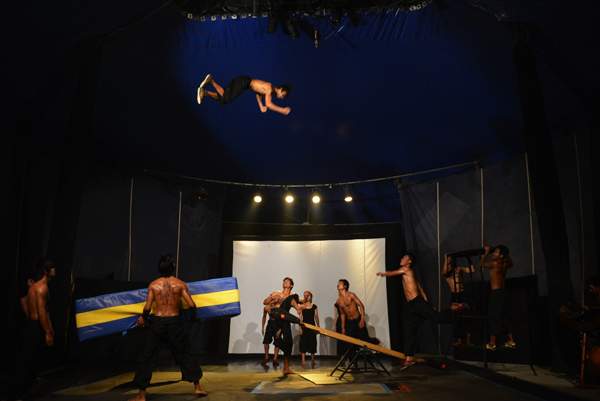 Find out more about the Phare show that Phearum performs in: ‘Eclipse‘

Check out the monthly schedule to see which performance is in the Big Top: Schedule & Rates