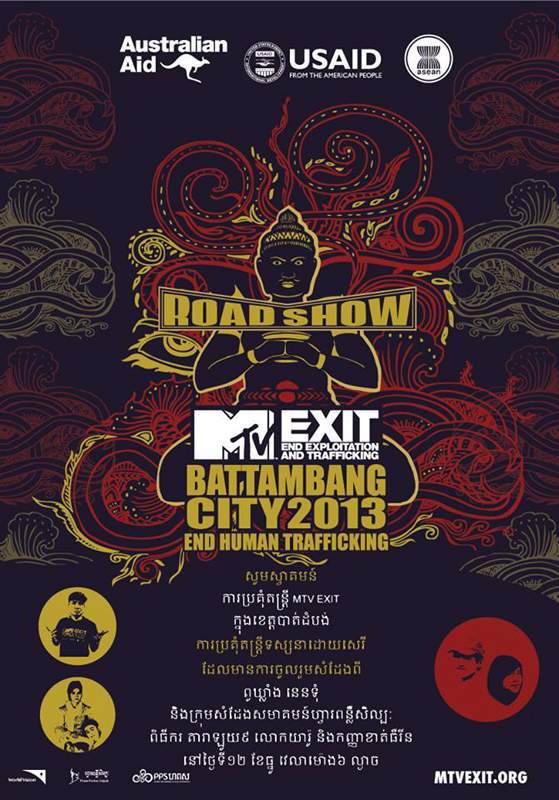 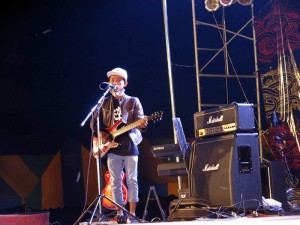 What a fantastic night! 25 young people from the Battambang area were empowered by MTV Exit to put on a grand show for an audience numbering in the thousands at the B2B night market last Thursday. Working in conjunction with musicians, theatre and circus stars from Phare Ponleu Selpak, Phare Productions, rap stars Khlang and Thom and a host of sponsoring agencies, the spectacle wowed the crowd for the entire evening. 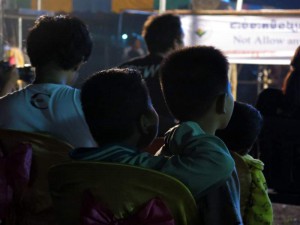 The show, aimed at local young people, was produced by the MTV Exit Roadshow, and promoted their campaign against human trafficking. This is a huge problem in the Asia Pacific region and this awareness campaign, spearheaded by MTV Exit was the launch of the initiative in Battambang. Local N.G.O.s (in this case principally Phare Ponleu Selpak) media and national celebrities are brought together to highlight the problem to young people. 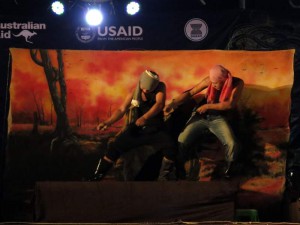 The triple message “If you’re thinking about migration, 1) Think about it, 2) Talk about it, 3) Ask about it” were hammered home through competitions, a play and through the music of national Rap and hip hop star, Khlang. Phare Ponleu Selpak provided musicians for the entire evening, and their theatre and circus stars helped with the central play.

The main part of the evening was the play. It was put on by the 25 students from the workshop and combined theatre, circus and a moral message – take care – hammering the theme of the evening home. 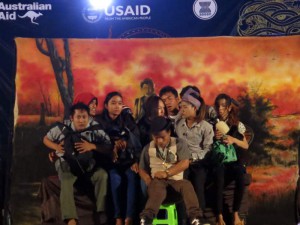 For Battambang one of the most prevalent forms of human slavery is on the fishing boats which ply the Gulf of Thailand. Many of the fishermen are Cambodian, and are enslaved to their boats. They are tricked out of their passports, and phones, deprived of money, kept drugged to keep them awake for up to 22 hours a day. If they become lazy or argumentative, it is known for them simply to be abandoned at sea. There are of course many other forms of human trafficking – building labourers, and sex trafficking are just two more examples. All three of these themes were explored during the performance. 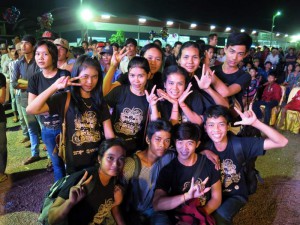 MTV Exit’s Youth Campaign Coordinator, Adam Sharpe, told us that he welcomed working with Phare Ponleu Selpak. He said they are unique in the area and they fuse traditional music and theatre with contemporary themes in a Uniquely Cambodian, Daringly Modern way. Sharpe said “they know Battambang better than we do, and it was an eye-opener to see the way they brought the workshop participants into major roles in the play”. 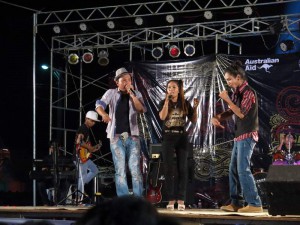 This difficult issue for young people was highlighted throughout the evening. The aim was to empower the youngsters to take the message further – spread it among their friends, classmates, and slowly through the entire Province.

Sharpe said “We believe that through these activities and networks, young Cambodians can reach a huge potential. Young people can have an impact on the future.”

For more information see https://www.facebook.com/MTVEXIT, and check out the YouTube video and slideshows below.