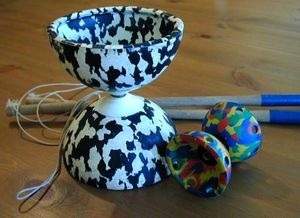 What is that thing?  We get lots of questions about this unusual circus tool and we wanted to clear up the mystery. Consisting of what looks like a big yo-yo spun on a string, tied between two sticks, the Diabolo evolved from the very similar “Chinese yo-yo.”

The oldest discovered Chinese yo-yo is believed to be over 4,000 years old!  The Diabolo yo-yo is made from two cone shapes joined at the point, whereas the Chinese yo-yo has two discs connected by a longer axle, but in both cases, the performer gets the yo-yo spinning by raising and lowering a stick in each hand to roll the yo-yo on the string between the two.

The key to balancing the yo-yo is to keep it spinning fast.  After that, the action can get really wild with tricks ranging from tossing the Diabolo high in the air to crazy behind-the-back and under-the-leg stunts.  Words don’t really do it justice, you have to see it to believe it – and it appears in at least half of Phare’s productions! 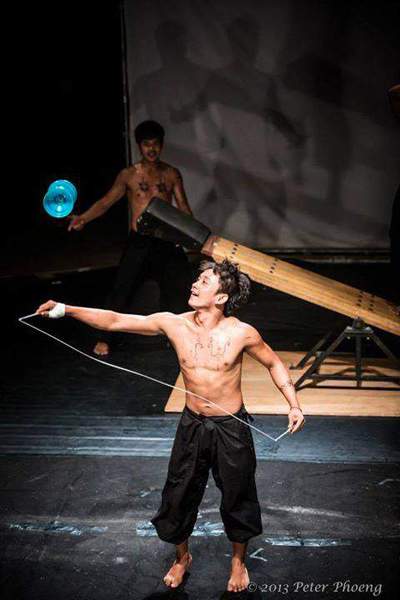 Don’t get it confused with the other circus art called “Devil Sticks,” although also commonly misspelled “Diablo,” the name Diabolo actually doesn’t have anything to do with the devil.  The Frenchman Gustave Phillippart who developed the Diabolo in the twentieth century came up with the name by joining the greek “dia” (meaning across) with “bolo” (meaning throw). 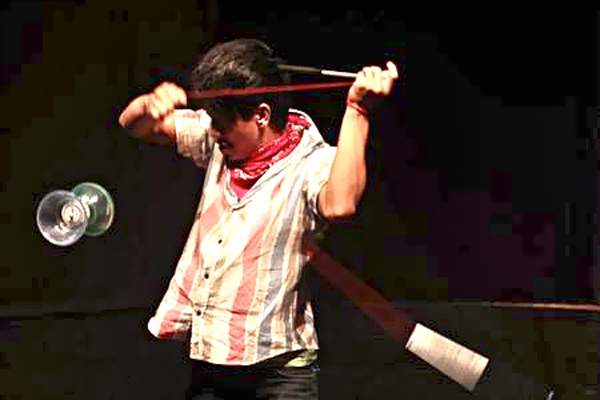 The rest is history as the Diabolo has become a fun toy for kids and a popular new challenge for aspiring jugglers.  In the hands of a skilled professional, the possibilities are limitless.  Performers are now doings things like juggling multiple Diabolos at the same time or temporarily throwing one or both sticks in the air.  In Phare’s show, Eclipse, our Diabolo master even manages to pull off a back flip while keeping the yo-yo flying in the air! 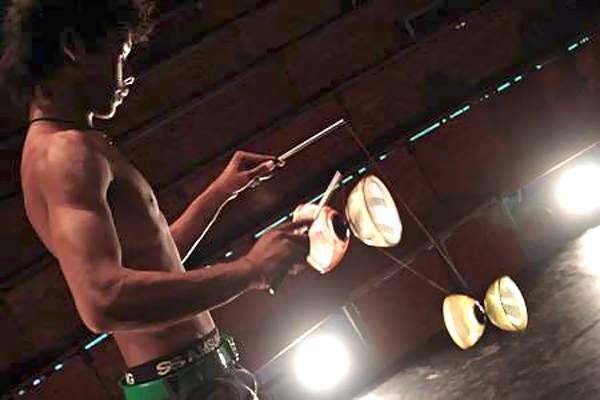