Phare: Keeps Their Eye on the Ball… 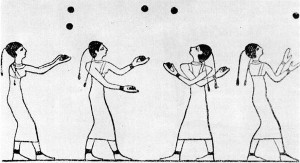 Have you ever been amazed by a circus artist continuously tossing any number of objects in the air one after the other and miraculously catching them? This beautifully smooth flow of keeping things moving through the air is the ancient circus art of juggling. These days the term can include a dizzying assortment of styles – everything from flying chainsaws to “contact” juggling in which the balls never actually lose contact with the artists’ hands, but still appear to defy gravity as they are manipulated through space. Whatever the style, Phare productions would not be complete without a juggling act or two…

The picture at the top shows a depiction of juggling from an ancient Egyptian tomb. Although there is no telling when exactly humans started juggling, it is safe to say that they were one of the earliest civilizations to perfect the art.

Today, the current world record, set by Alex Barron in 2013, is thirteen beanbags juggled at once. Remember, that is just with two hands!  Also impressive, in 2009 David Slick juggled three balls for twelve hours and five minutes straight. The real magic of juggling is that a truly talented performer can make even just a couple balls seem to dance with a life of their own. Phare jugglers show a true creative flair by using props, other performers, and even bouncing balls off the floor and wall to challenge their skills. 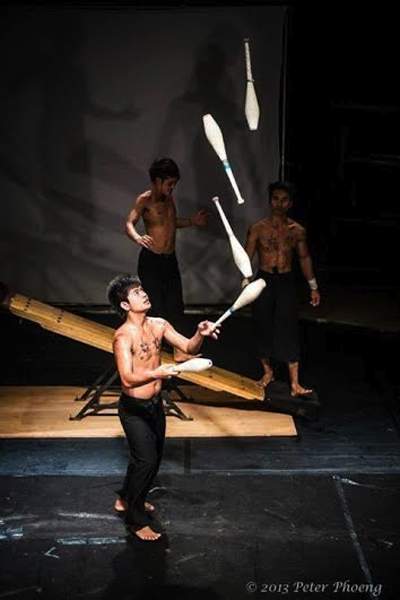 When most people think of juggling they picture three round orbs, but don’t forget juggling isn’t just about balls. Anything from knives to vegetables, if it can be thrown, it can be juggled.  Phare’s juggling repertoire includes balls, rings and clubs… and for something truly spectacular, you won’t want to miss them juggling with fire. Performing feats that would be impressive on their own, these jugglers bring the heat by substituting flaming torches for juggling clubs. If the fire juggling performance leaves you burning for more, don’t worry. Phare has an arsenal of fire arts at their disposal that you will have to see to believe. 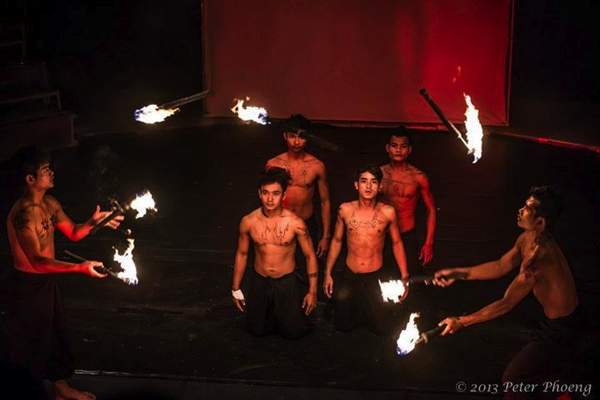 Get your dose of juggling, as well as an astounding array of other circus arts, at Phare – every night at 8:00pm.