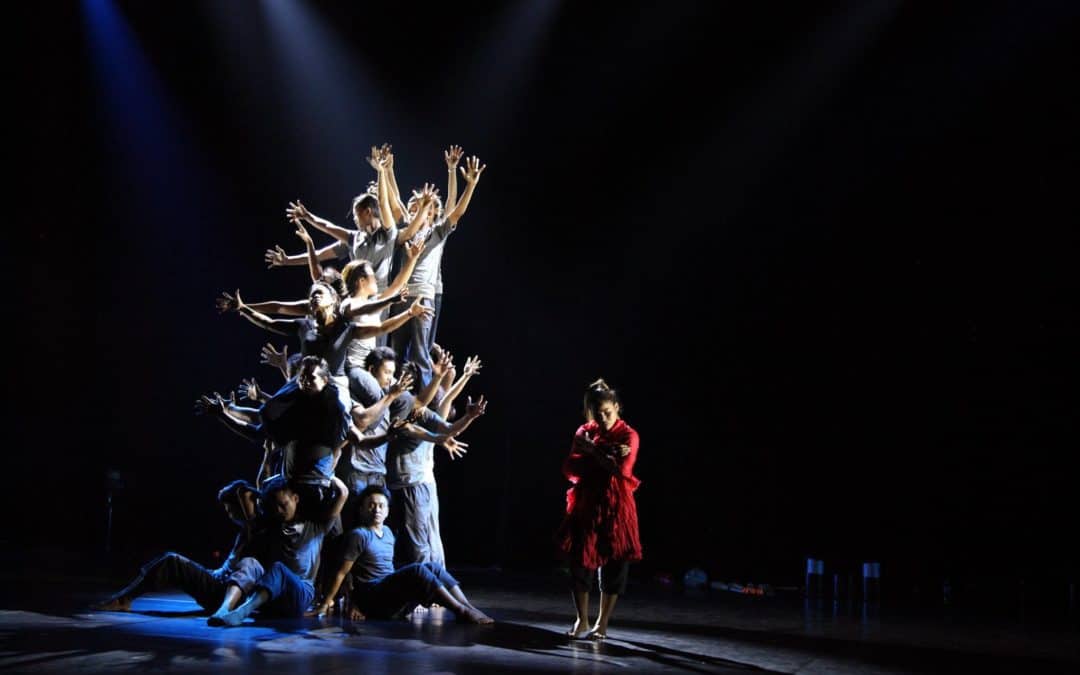 “See You Yesterday” in Rwanda

Imagine a genocide you never lived through still shaping your daily life and impacting your choices for the future. In “See You Yesterday”, artists from Phare and Amrita Performing Arts worked with Global Arts Corp to create a show about the impacts of the Khmer Rouge on the children of survivors.  After 19 weeks of workshops over four years, the group is poised to take the production—a unique mix of theater, dance and circus—on the road. 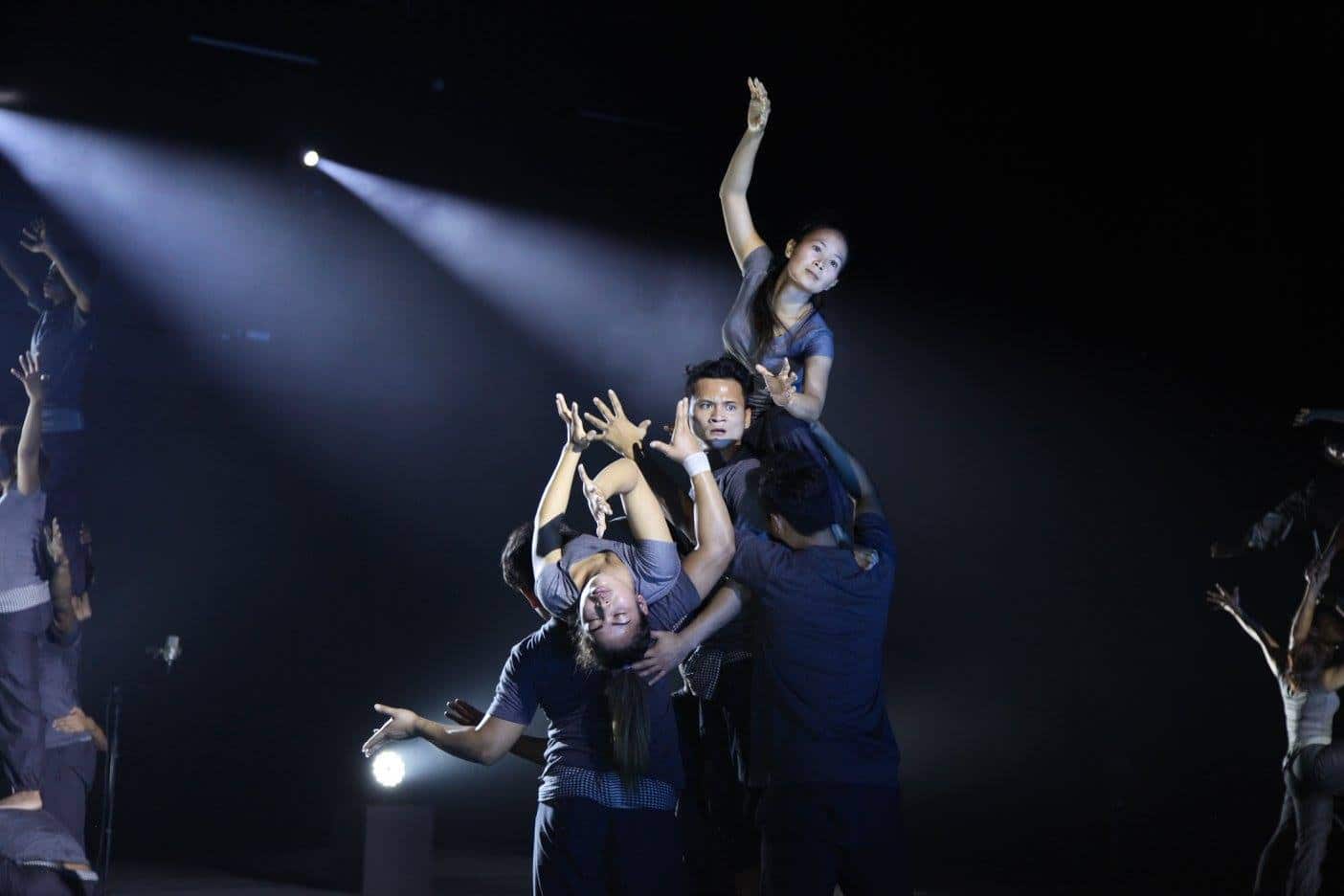 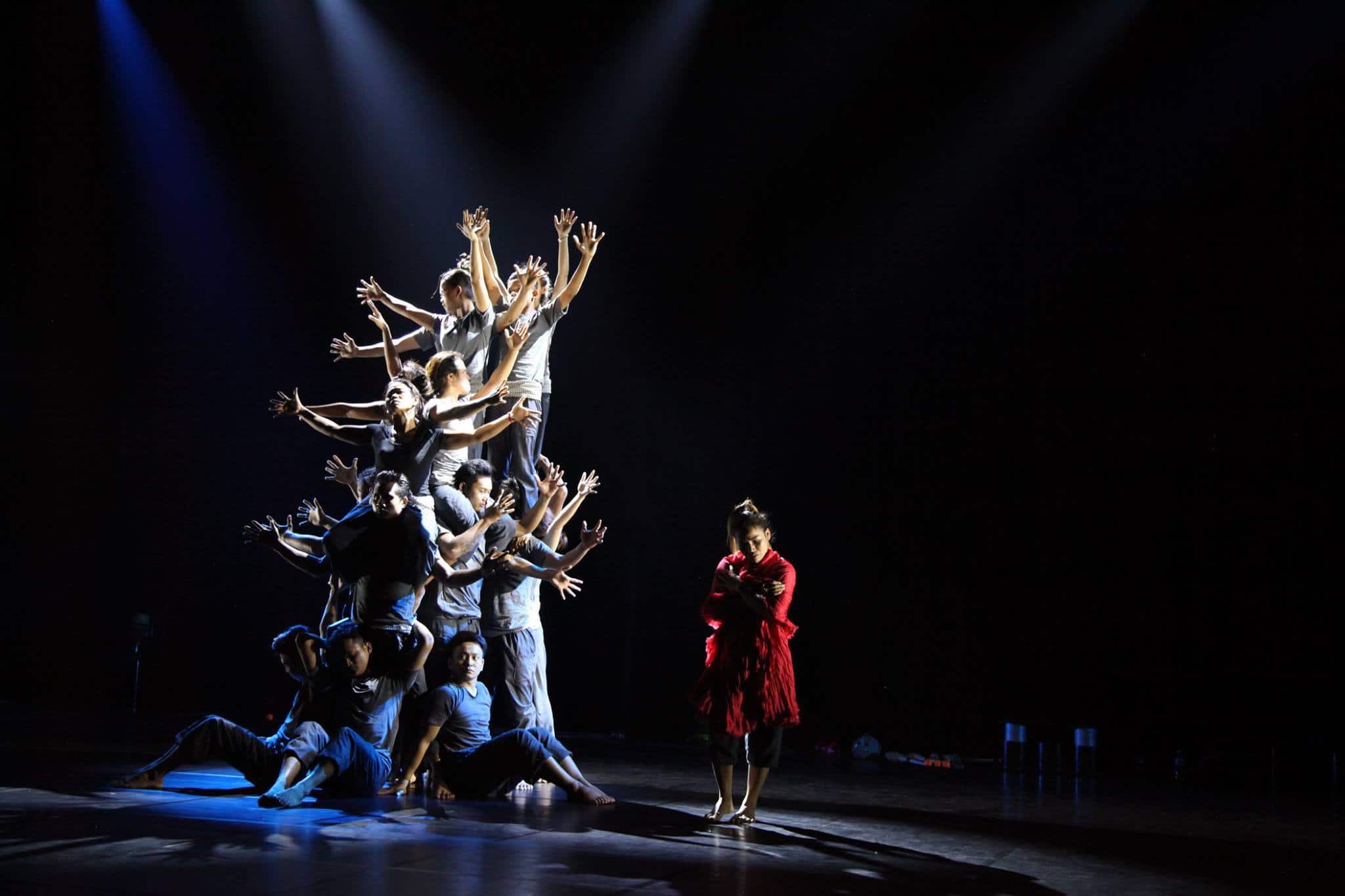 ‘Det asked us to train a group of Phare’s young performers in dramaturgical methods of probing their lives… in short, to teach them our process of ‘acting before writing’ in order to tell their stories and hopes for the future. He invited us on one condition that delighted us… that we would keep coming back for at least 5 years as the cast grew up. It’s been 4 years so far… this is our fifth. The journey has been both painful and joyful, at times in conflict with the cast’s desire to focus on the present…Our search opened dialogue between youth and their elders and new stories found their way into our rehearsals.”

The show is a collection of scenes based on real-life experiences under the Khmer Rouge.  Costumes are spare and stark, mostly grey, to represent the harshness of day-to-life at the time. Splashes of color appear from time to time. A mix of theater, contemporary dance and circus is used to bring each scene to life. 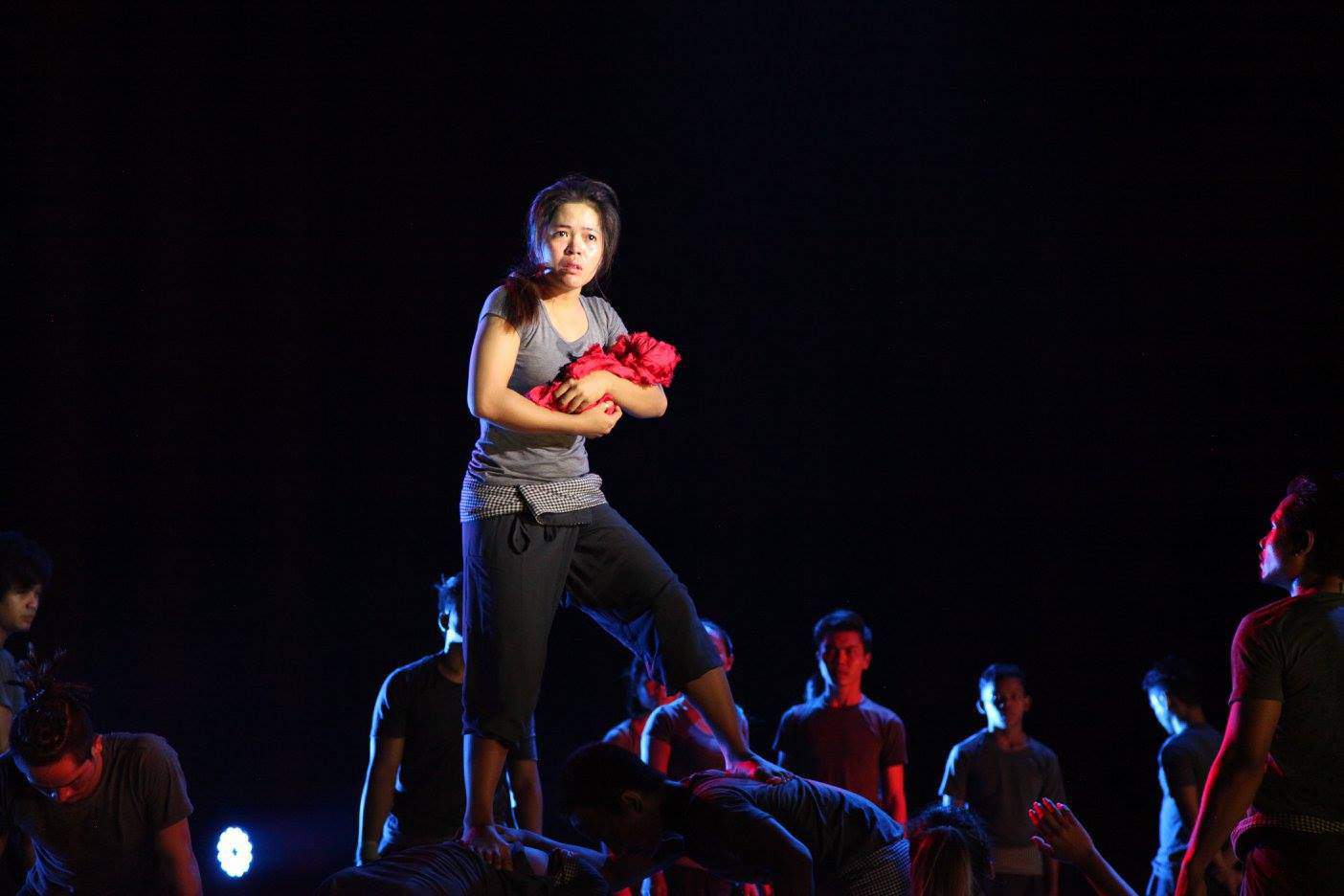 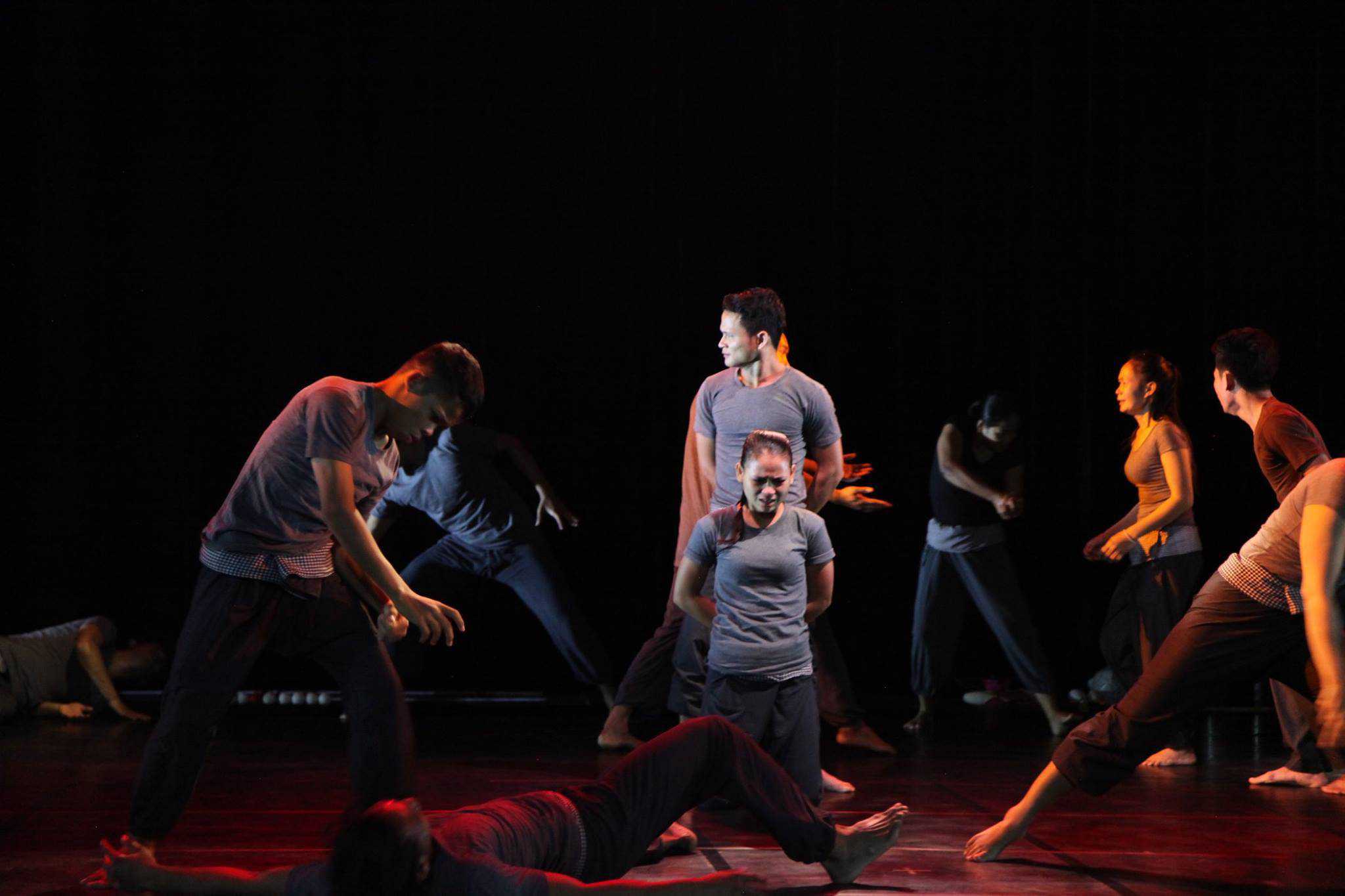 “See You Yesterday” in its earlier forms played in Battambang and Phnom Penh last year. Reviews called the show “haunting” and “powerful”. Says Michelle Vachon, a veteran journalist with the Cambodia Daily, “I don’t know what I was expecting but this work is unbelievable. I’ve often covered books and films about the Khmer Rouge, talked to people who lived through the regime […] and seen pretty touching works about it. But this is rather incredible in depth and beauty.”

Next week, on July 17th, the show will close the Ubumuntu Arts Festival at the Kigali Genocide Memorial Center in Kigali, Rwanda. Founded by Hope Azeda, a leader in contemporary Rwandan theatre and an internationally-recognized arts activist, the Ubumuntu Arts Festival will celebrate its second year in 2016. Bringing together companies from 18 countries around the world—including Syria, Kosovo, Sudan, Iraq, and the North of Ireland, and Cambodia— for four days of performances, workshops, and dialogue on the grounds of the Kigali Genocide Memorial, this year’s festival will be dedicated to fostering reconciliation and recognizing artists as ambassadors for change. 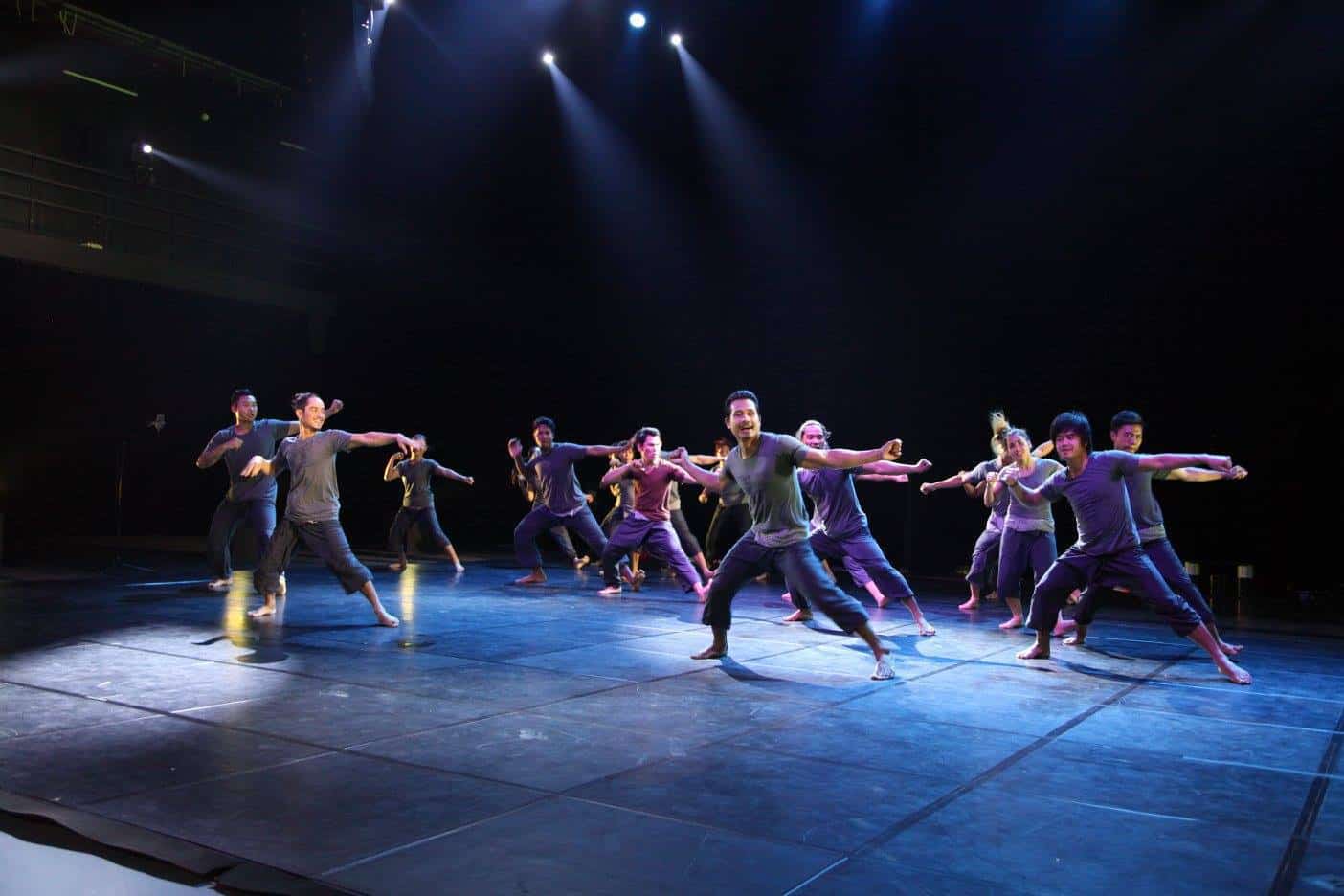 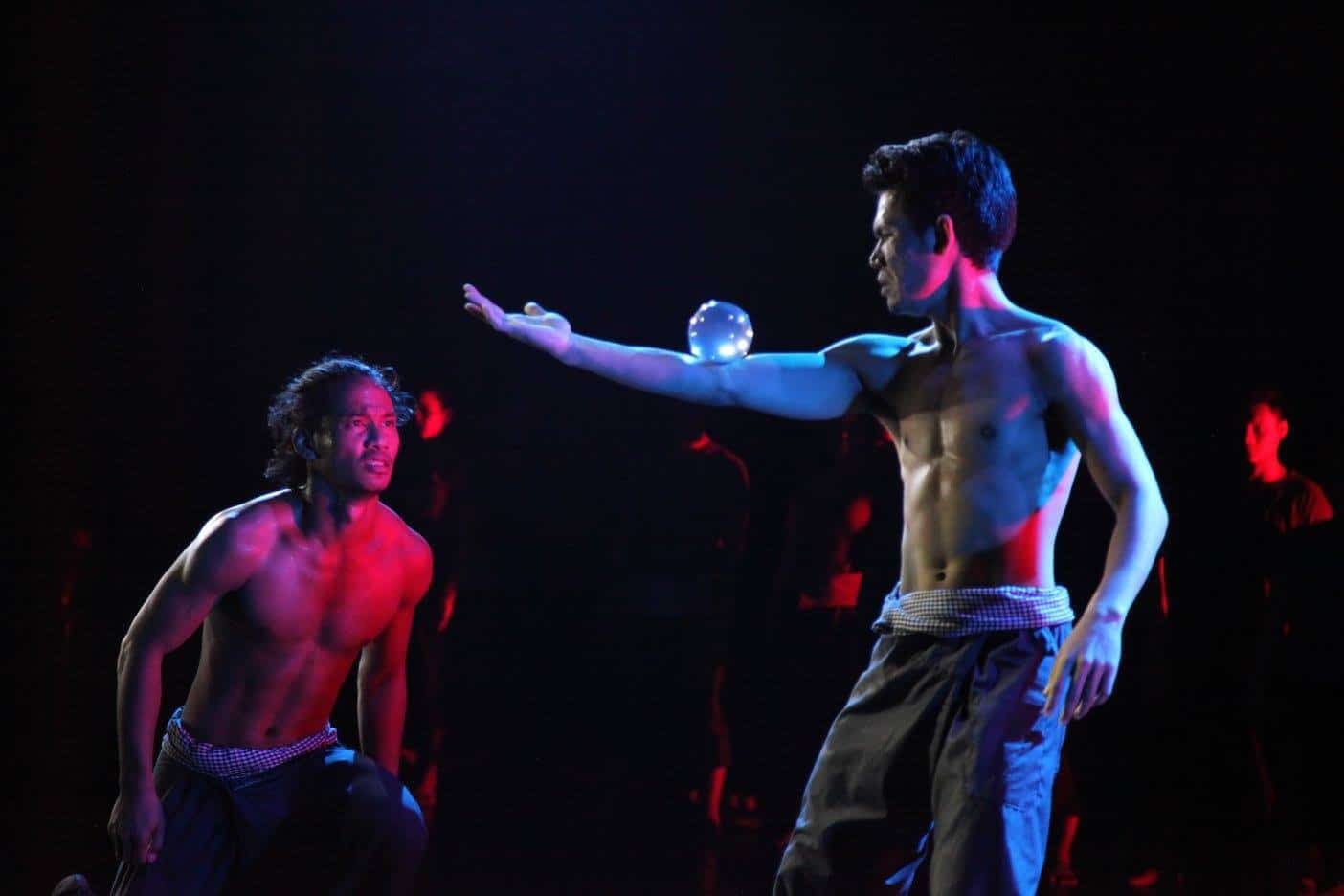 From there “See You Yesterday” will travel to the Kigeme Refugee Camp, in Nyamagabe District, Rwanda for performances on July 19, 20, and 21. Located in the southern province of Rwanda, the Kigeme refugee camp is currently home to 25,000 dislocated Congolese, over 50% of them children, who have escaped the threat of ongoing violence and starvation after years of war to seek safety in neighboring Rwanda. In addition to the three performances, Global Arts Corps will organize post-performance talkbacks and workshops.

Says Lessac, “The history of Phare Ponleu Selpak, born in a Thai refugee camp after the Khmer Rouge regime, will make this interaction particularly poignant. The exchange of dialogue will be between Cambodia, Rwanda, and the Democratic Republic of Congo. Dialogue between three cultures all looking to find reconciliation with their pasts… and perhaps helping each other to do so by creating a stage where humor and empathy can find their way into a theatre of people really listening to each other.”

This project was supported by: