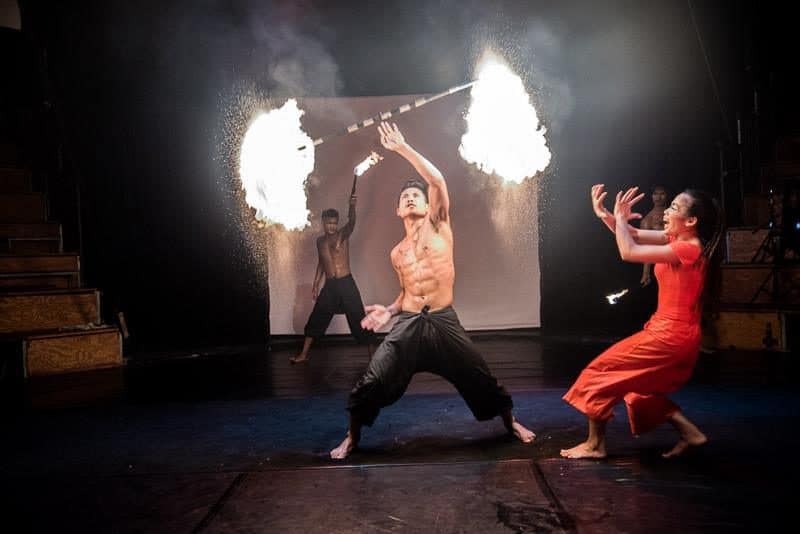 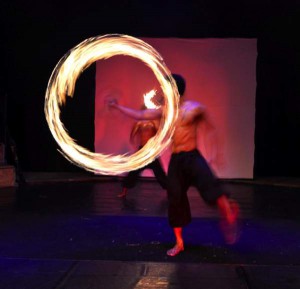 Have you ever considered selecting a toy, soaking it in fuel, lighting it on fire, and twirling, tossing or moving it circular motions?  Basically, this is the art of fire acts performing – manipulation/spinning of objects on fire – and the art is frequently showcased in Phare productions.

Fire was one of the first great discoveries of humankind, and modern society’s increasing fascination with fire acts is likely rooted in the primal instincts awakened when we see great balls of fire flying through the dark night to the beat of the drums (don’t forget all Phare performances are accompanied by a live band). 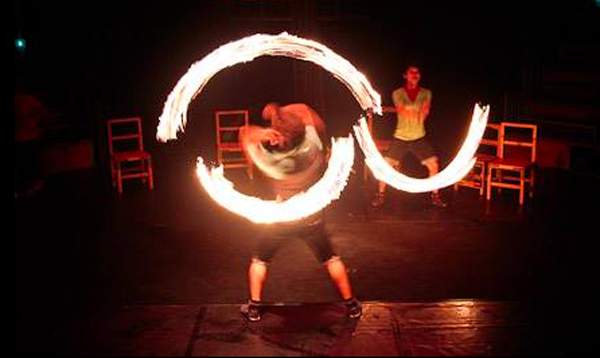 Some of the first fire arts came from Samoa in the form of the fire knife dance. This art was a demonstration of a Samoan warrior’s battle prowess.  Other cultures historically have turned up the heat with fire arts, including the Aztecs, Balinese, and the Polynesians.  However, since the 1990s, the practice of playing with fire has expanded tremendously, and is now widely practiced at music festivals, raves, beach parties, and night clubs, and of course – the circus has taken the art to a whole different level… 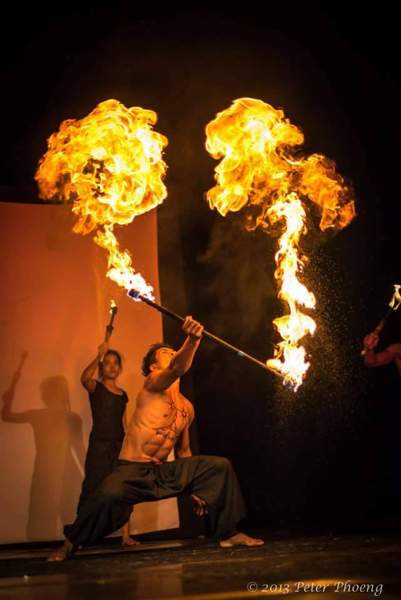 “Spinning fire” is a term referring to certain apparatuses used in fire performance, including poi and staff, and even a flaming jump rope – all pictured here from Phare performances. The various fire “tools” are outfitted with absorbent wicks on their ends which are soaked in a mild fuel such as white gas or kerosene/paraffin oil. Once lit, the flame usually burns for 2-4 minutes and can withstand high speed spinning for most of the time the artist is working… and if you want to purchase yourself a front row seat to a Phare show, click here – you’ll be able to hear the hiss of flames whirling through the air! 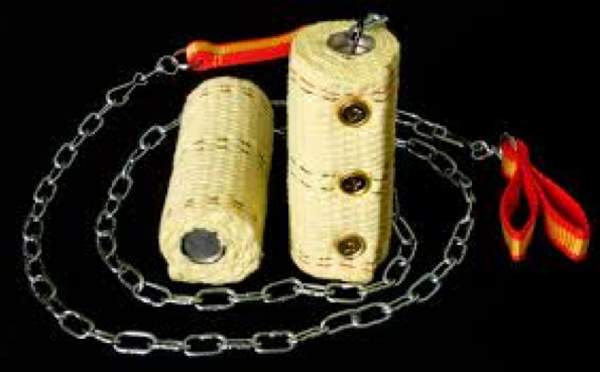 Fire arts can of course be dangerous and require many hours of practice with non-flaming objects before a practitioner is ready to light up.  Stay tuned for an upcoming post on the technical aspects of fire arts performance 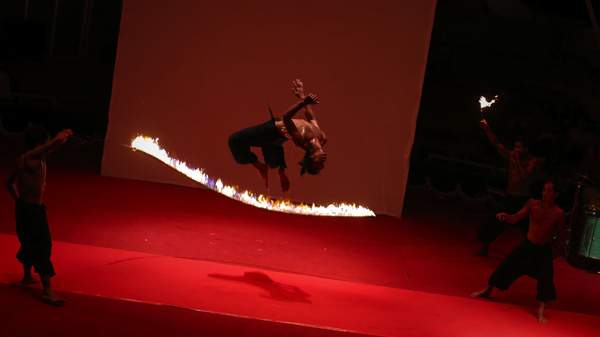 Phare’s shows Eclipse and Proniap! include the fire arts of, staff, flaming jump rope, and juggling. So come be blown away by the fire artists of Phare. We know you don’t all have endless cash to burn, and that’s why we are proud to offer one of the most affordable cultural offerings in Siem Reap…  Click here for tickets, come watch the fire jump through the night air with us at Phare, The Cambodian Circus!