Our shows regularly include traditional Cambodian beliefs, legends and myths in the stories they depict. Eclipse in particular is full of such superstitions.

First, the very name of the show bears strong mythology and legends. In Khmer, an eclipse is called Rahu Chab Chann, which means “Rahu swallows the moon”, Rahu being the king of demons. 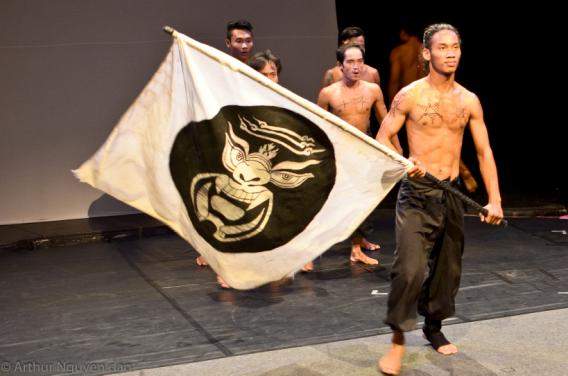 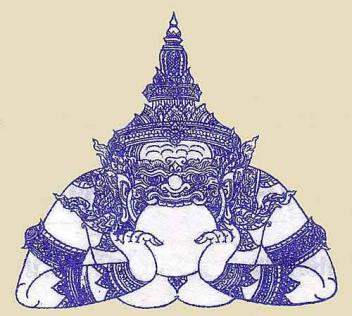 This all began with the Ocean of Milk, from which all things emerged according to Hindu mythology. From it came the water of immortality on the side of the demons, the Asuras. Vishnu thought the world would be dangerous if the Asuras were to be immortal. So he transformed himself into an Apsara -a beautiful dancer- for the demons to watch without blinking. This diversion allowed him to steal the water and give it to the Devas, the gods. But Rahu did not watch without blinking. Instead, he disguised himself into a god to get a sip of the water of immortality. The moment Vishnu gave Rahu a drink from the water, the moon and the sun told him it was not a real god who was about to drink. Out of anger, Vishnu beheaded Rahu whose head however did not die because the magic water was still in it. Since that, Rahu wants to take revenge and always tries to trap the moon and the sun.

Today, the length of an eclipse predicts whether the harvest will be good. Thanks to an old traditional tale, people also think that if you make a wish during an eclipse, the gods will fulfil it. 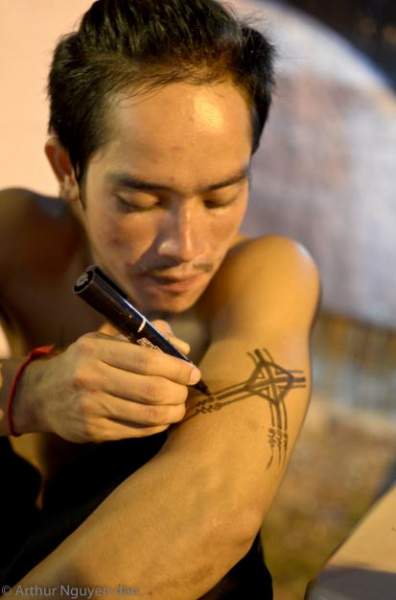 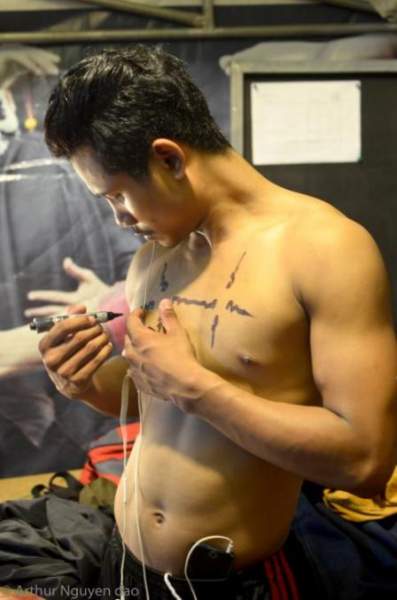 There is also another intriguing thing in Eclipse: the geometric patterns painted on the bodies of the performers. These are actually replicas of Sak Yant tattoos. Sak means tattoo and Yant is the Sanskrit word to designate the mystical diagrams possessing magical powers. This kind of tattoo is very ancient and is believed to originate from a time of the Khmer civilization when the spoken language was still Pali around the third century A.D. Today, Pali remains only as the liturgical language for Theravada Buddhism, and Sak Yant tattoos.

At first, Buddhist monks used to get tattooed by religious masters for protection. Rapidly, soldiers and warriors also got such tattoos for protection during combat against the enemy. 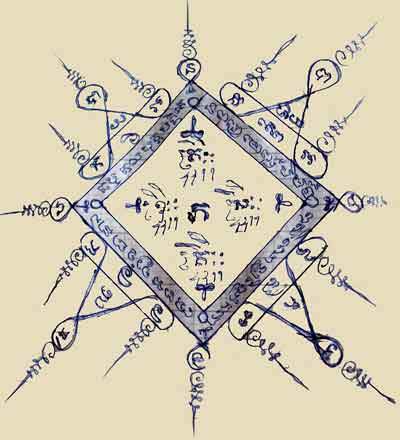 The twisty drawings at the edge of the pattern have a complex meaning. The circle is the face of Buddha. The imperfect line represents the life that has not reached Nirvana yet, for this the line has to be straight. So the straight end is the symbol of soul purity, but it is also a spear that destroys bad things.

Tattoos alone are not magic. Their magic needs to be activated by the monk who will say a special mantra. The monk chooses whether a person is worthy of receiving his magical power. The magic is not guaranteed or eternal either. The tattooed person is taught special mantras that activate the power of the Sak Yant and there is always a set of rules to respect.

The set of rules depends on each monk but usually includes the prohibitions of stealing, killing, adultery, alcohol, the obligations to burn incense and pray, and regularly recite the mantra.

Provided the rules are respected and one actually believes in the power of the tattoo, pretty much any kind of protection or powers can be given. From invisibility to having an impenetrable skin, almost anything is possible. 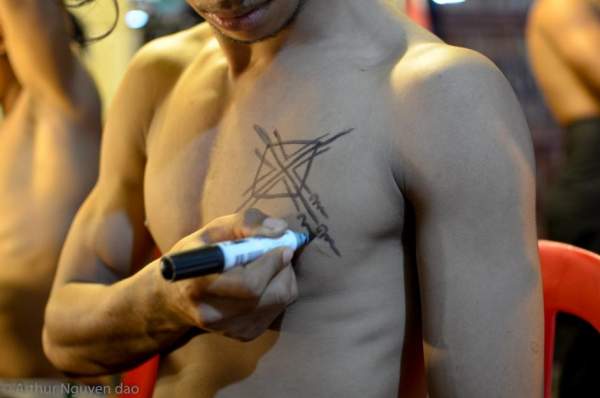 The message given by the Sak Yant is double. There is a clear appeal to faithful behavior but it is also the promotion of moral behavior, clearly meant to encourage the society to be more virtuous.

Read about the symbolism in another one of our shows, ‘Sokha’, here.