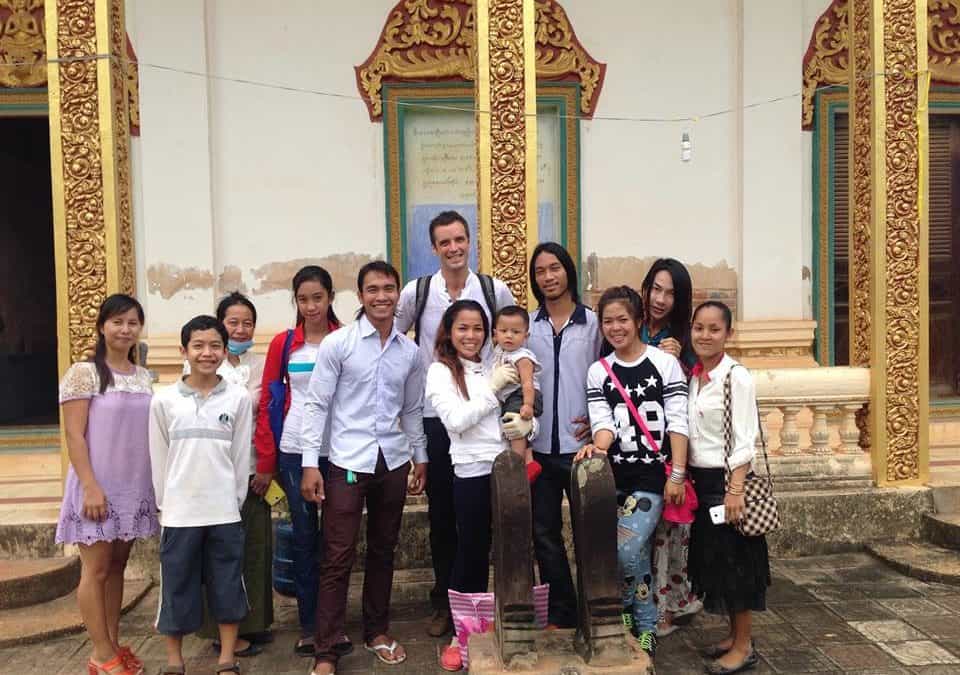 In Cambodia, September is the month of the Pchum Ben festival, or Ancestor’s Festival. For the Cambodians, it is the most important religious festival with the Khmer New Year. It is also one of the most ancient religious celebrations for Khmer people, taking its origins in the beginning of the Angkorian era.

Pchum Ben is a 15 days celebration during which people come to pagodas to make food and candle offerings to the monks to pay respect to their deceased relatives, while monks chant priors continuously even at night. The actual Pchum Ben day is only the last day of the festival.

For this celebration, everyone gets 3 days off which gives time to locals to go back to their hometown to visit their families. For expats, it is usually the moment for a short break and for tourists it is often a bit more difficult to find a tuk tuk. 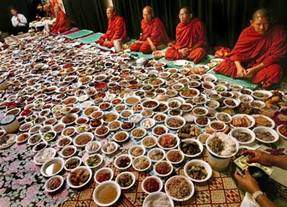 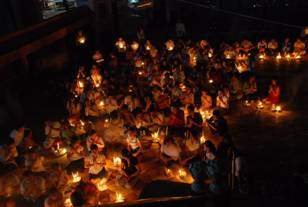 You may ask why Cambodians do offerings to their ancestors at pagodas during this specific time. Why not during the whole year? Well, this period is the only moment in the year when Yama, king of hells, open the gates of his realm.

Khmer people believe in karma and reincarnation. Those who have bad karma cannot be reincarnated. Instead, they become ghosts. But how do you know if your ancestors are ghosts or not? The answer is simple: you don’t. That is why people pray for their ancestors up to 7 generations, just to be sure.

During this period, Yama releases the punished and tortured ghosts to get some relief from the food their relatives offer because they cannot eat any other food. It is believed that ghosts bless their families, but if they do not find food they curse their relatives. Better go to the pagoda… 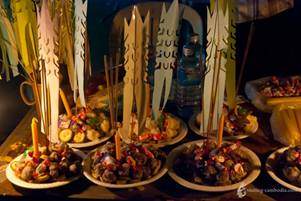 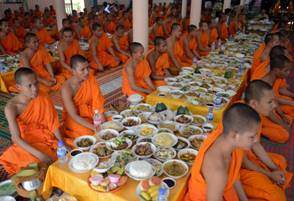 If you have the chance to come to Cambodia during Pchum Ben, there are two types of ceremonies that you can see. The traditional one with the offerings made to the monks which indirectly profits the spirits. And the more surprising one with the belief that the living can directly feed the dead so that in many pagodas: you will see people throwing rice cakes in the air.

The history of the festival is so ancient that two stories are at the origin of its creation.
The earliest one talks about a monk who visited hell and preached without being burnt. He was greatly welcomed by the creatures and spirits who told the monk to explain the living that they were greatly suffering from the fire and starvation. They told the monk that their living relatives should make offerings to monks in order to release the spirits from their suffering. The monk returned to give the message to the king who ordered that all his people should celebrate.

The other story relates to King Jayavarman who supported monks with clothing, food, shelter and medicine. The King thought that asking for alms during rainy season was dangerous for the monks who could fall down and were exposed to heavy rains and lightning. He asked the monks not to go asking for charity during the rainy season. Instead, people would come to the monks to make the offerings and would gain merit which would also benefit to the spirits of their families. 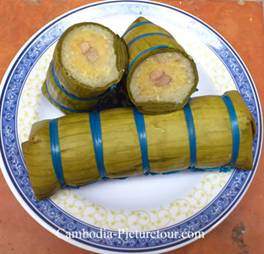 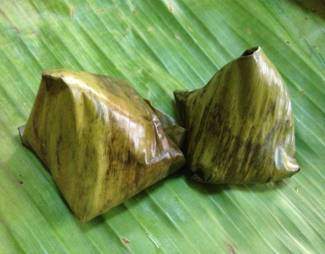 Why are the offerings cylindrical [Num Ansom] or pyramidal [Num Kom] sticky rice cakes? The form of the offering is explained by the fact that the cylinder is a Linga, representing Shiva. The pyramid is like a Yoni, representing Uma, the wife of Shiva. The specific use of sticky rice is a purely practical matter of preservation. Indeed, too much is offered to the monks to be eaten and rice is the only food that can be kept for a long time.

Phare artists and staff will go to pagodas but we won’t miss an occasion to see you and everyone will be ready to welcome you for the show at 8:00PM !

September is a great moment to spend some family time under the big top and enjoy a great circus show telling traditional Khmer stories. Schedule is HERE, and reservations can be made THERE.

You want to know more about the beliefs told by our shows? Read THIS.
We are also on Facebook where you can follow our activities and news, RIGHT HERE.