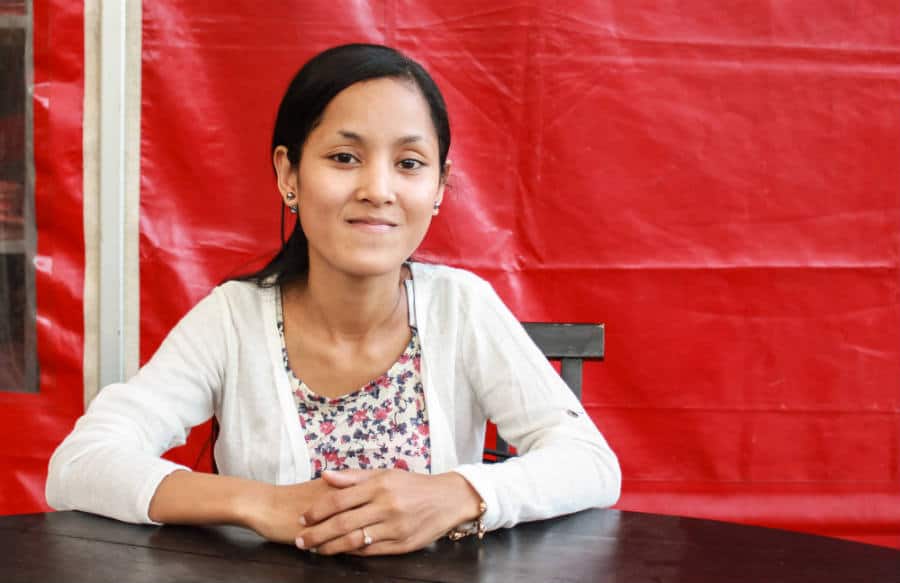 Every single day the costumes you see on stage need constant washing, ironing, repairing and developing and there’s no better lady for the job than Darytha!

What is your role here at Phare?

At first, my very first job here was not actually a clear one, I didn’t even have a contract. I was just helping with small jobs as in the beginning there was no costume manager so I was hired now and then when it was needed. It was really to do tasks and odd jobs here and there.

Eventually after 6 months I got a proper position with a contract, full-time contract as an assistant manager for the performer’s costumes.

At first I have difficulties to adapt myself to this job because it was new for me. I had to learn how to communicate with the artists and get to know what were the needs of the artists – it was very different to have costumes for the street, and costumes for performing.

It was a difficult period, this period where I didn’t have really a proper function or a proper contract. I can say now that I learned a lot from that. Adapting myself, trying to find in town what was needed immediately, helping to fix some catering for parties in a very short time – so I got experience from that, even if it was a difficult time.

It’s nearly two years now and I feel I have a clear skill now. I have been learning so much doing this job, and organising costumes for daily performances. I am happy to have a clear function.

I like the fact that we are provided with workshops and training sessions. It makes me feel like I am getting more value, and I’m getting more capacities so if I move onto another place one day I will have this strong knowledge with me.

So what are these skills and knowledge?

I’ve learned a lot about how to take care of those costumes, in a way that they’re going to last for a long time. Specifically in the ironing, how to not make a disaster with the iron and how to keep them in good condition for a long time.

What sort of materials are good for performers?

Well for example I prefer all the materials which are elastic or stretchy for the circus performers. It’s really rare that you can find the right colours so you have to be creative. But then you have circus performers who need really big and baggy clothing and that’s a different material to work with. It’s not only thinking about circus performers as a whole, but also about their particular techniques. For the musicians of course it’s much easier and I can go wilder in the use of colours because I know I will find material that will suit and will not be a problem for them.

Actually I am from Battambang but I wasn’t in Phare school myself, but I was working in a restaurant, café, where I met a lot of artists who were going there and also a lot of the volunteers who were spending some time with Phare. That’s how I got to know the people. Then when this place opened in Siem Reap I moved here with my husband at the time who works for Phare. That’s how I got close to this circus family. And then bit by bit, as you know it wasn’t an immediate contract, I proposed my help on the very non-defined jobs. I got the trust from the people here and they offered me that contract.

What is it like for you coming from waitress to costume manager at a circus!

The biggest change for me is the environment. I came from a very repetitive way of living with my family in Battambang and as we say a normal way of life, kind of always the same thing, always meeting the same people, not seeing many new places. Then coming into this surrounding were you have a lot of foreigners as workers but also as tourists, you have this opportunity to meet a lot of people, it’s constantly changing. And then around the arts we are all around an activity of music, joy and smiles and energy and that makes me very happy as well. Sometimes Im concer3nd because it’s a mix of foreigners, Im concerned about the way communication is going to be handled within the team but that’s a good challenge.

How has this opportunity and job changed you?

So at the beginning I was a very shy person actually, in my previous life. I was a very shy person because I always have this feeling that I was less smart than the others. I didn’t study for a very long t8me, I had to quit studying quite soon because of my family situation. So I always felt people were stronger and smarter than me. But then since the few years that I am with Phare, I now feel like I have things to express and I don’t feel like letting people walk all over me and put me down like before.

There are so many ways of interaction and there are so many people here that somehow I lost this shyness or this inferiority complex. I think that’s because of the fact that I interact with a lot of different people in different positions.

I also feel like my shyness was coming from a very poor family situation which made it impossible for me to… we were a lot of children and in a very small place and there were some conflicts inside the family and a lot of it was coming down on my shoulders and then when I was a teenager I didn’t have this opportunity to meet other people outside of this very close surroundings and so this thing of confronting other people was totally unknown to me and I had to bit by bit get self-confidence for that.

Who do you live with here in Siem Reap?

I have a child of 9 months but he’s back in Battambang and is being raised by my Aunt. I live together with my husband here. It’s a simple life but it’s much better than how I used to live, many people in the same tiny place!

My husband is the technical director here at Phare.

Every two weeks or one month I get to see my son. Both my husband and I work very hard so we can’t look after him. Actually at the very beginning both my son and aunt were in Siem Reap with us, so the child could be with us. But then my grandmother got very sick in Battambang and so they had to go back there to look after her.

I would prefer my child to come here in Siem Reap because it’s very important to have a job and I am not sure I could find another in Battambang and I need the income to raise him. I think it’s important at the moment for us both to be working to make savings.

What are your dreams for the future?

I just want to have enough money to be happy and to develop a nice family situation. That’s it…   just want a job that enables me to live decently. 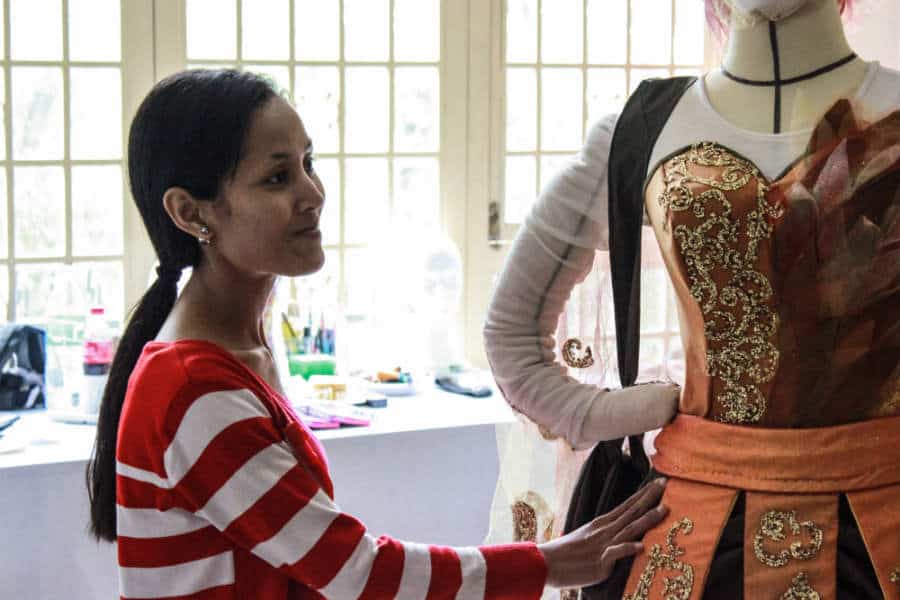 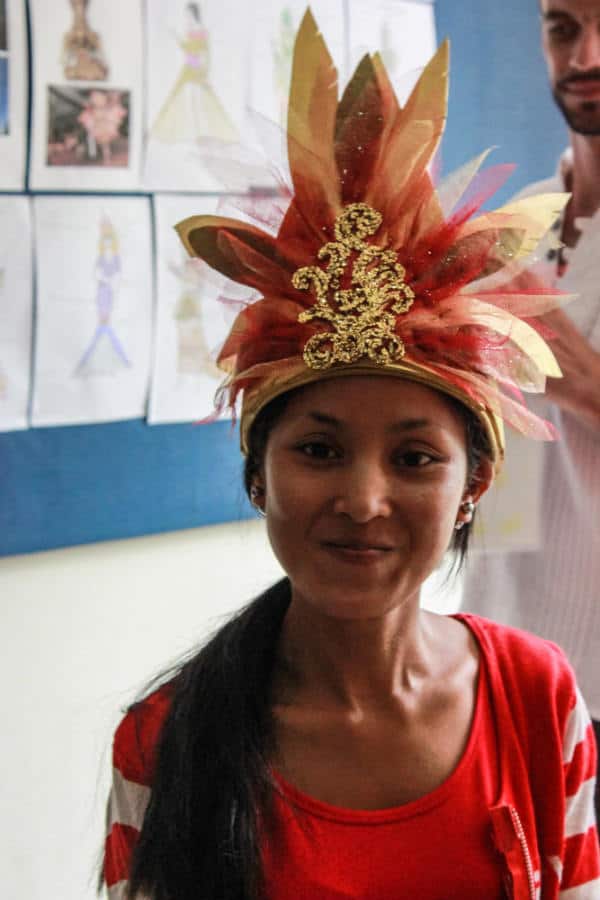 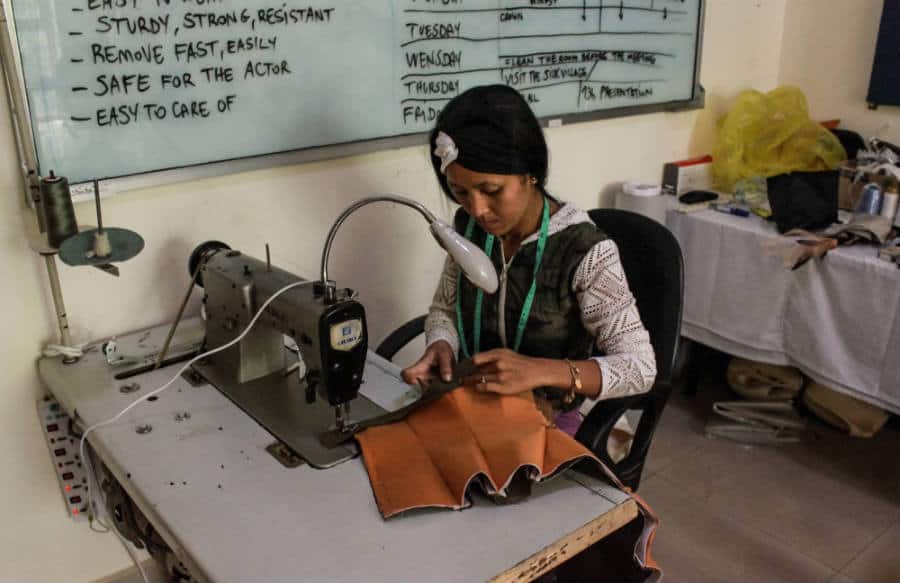