The History of Circus in Cambodia 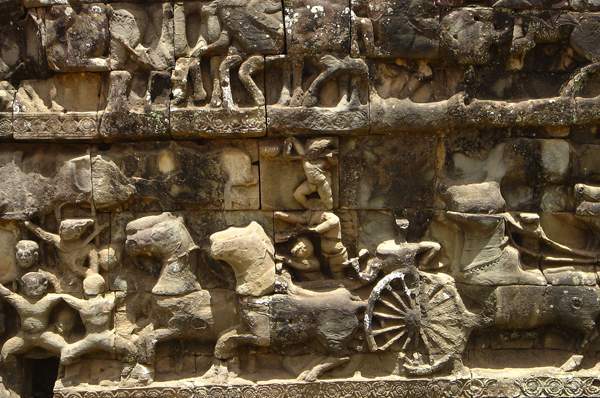 The Arts are in our Blood

By Sunita Mager – Unlike the history of western-known circus, circus arts and entertainment has been part of Cambodian culture for centuries. Sculptures on temples in the Kompong Thom Province and ancient carvings near the Angkor Wat Temple and the Bayon Temple, all depict images of Cambodian traditional circus arts that date as far back as the VI century. Carvings show acrobats, contortionists, magicians, Jugglers, dancers, clowns, and even animals such as snakes and monkeys. 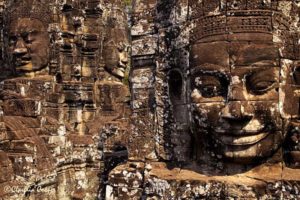 Faces of Bayon by Claudia Cooper

Circus performances appeared and reappear between times of peace and war. Based on information available, there are no records found that circus shows existed between the fall of Angkor (1353) and the war in the late 20th century. This art was revived, however, by King Norodom Sihanouk in 1960, but it was outlawed in 1975 by the Khmer Rouge, as well as all other forms of art and culture. 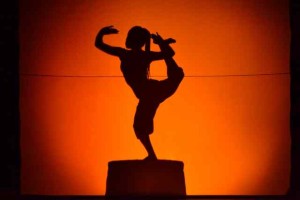 With the Vietnamese occupation in 1979, the totalitarian reign of the Khmer Rouge ended and the state created the National Circus School of Cambodia in Phnom Penh. A foundation class was soon created which paved the way for teachers and students and a career in circus arts.

When the Paris Peace Agreement was signed in 1991, many refugees from various border camps returned home. Among the refugees, a group of nine young people wanted to help rebuild the country. They were taught by a French volunteer who showed them how to use art to cope with trauma, poverty and abuse and set out to create the Association Phare Ponleu Selpak, “Brightness of Art,” in 1994. This organization was created to help children in the Battambang Province to heal and to rebuild their society.  Today PPSA plays a big role in revitalizing Cambodian arts and culture through performing and visual arts classes, education and social support.

Since 2013, Phare, The Cambodian Circus has evolved into a circus production that fuses its circus traditions with modern dance, theater and performance skills and focuses its entertainment on High energy shows, humor and storytelling – including  talented human trapeze artists, jugglers, contortionists, acrobats, fire-eaters, musicians, dancers, and more – all without animals.

Want to experience the excitement under the Big Top? Come visit our show today and book your tickets at www.pharecircus.org