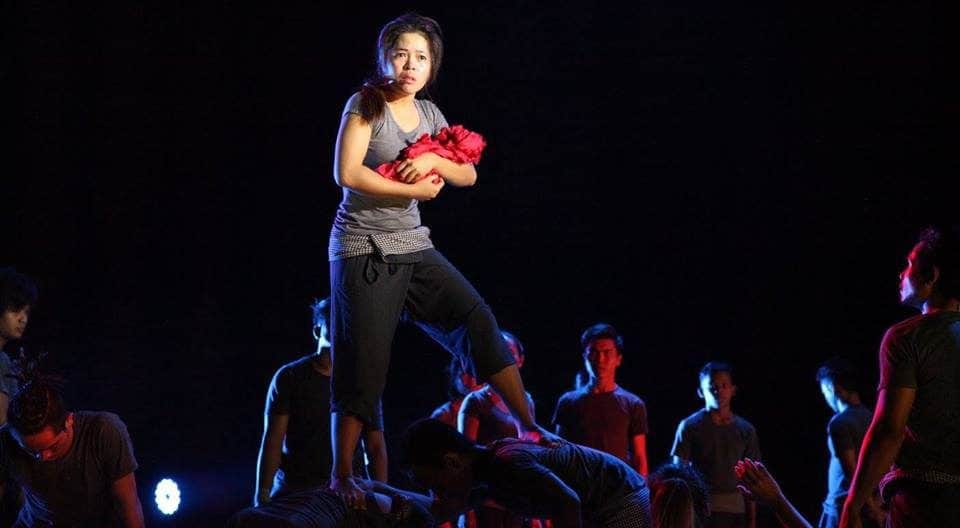 At the tender age of 21, Choub Kanha is one of the busiest stars of the Phare family. Kanha performs in Eclipse, Sokha and now our newest show Same Same But Different (SSBD). Unlike any of the other shows at Phare, SSBD explores the cultural differences and personality quirks between Cambodians and westerners in a hilarious theatrical performance featuring brand new stunts.

How did you become a performer for Phare?

I am from Battambang. When I was very young I saw circus performers practicing on the street. I wanted to be like them, so I spoke to my father and asked him to buy me a hoola hoop. My father was very encouraging but my mother felt that performing was not a good thing for a girl. She worried that I would not be able to have children. My brother used to be a musician for Phare Ponleu Selpak, he took me there and I started training at the age of 9.

What is your favorite show to perform in?

Same Same But Different because its funny and light-hearted. Sokha can be harder to perform because of the sad nature of the show. I find it easier to portray happiness. What is your favorite part of Same Same But Different?

I love the part when Bo Ratha and me dance together. He plays my western boyfriend. This part features one of the new stunts in the show. As we dance we are elevated and fly above the audience while doing ariel acrobatics. It feels beautiful and romantic.

What do you think is one of the main differences between Khmer and foreigners?

Khmer people eat very quickly; westerners eat so slowly and talk a lot during their meal. We portray this in a funny way in part of the show with a restaurant scene.

Do you ever get scared before a performance?

I sometimes get nervous before Sokha because I have to shoot arrows with my feet while doing a handstand to pop a balloon. It’s a difficult trick. Also this show involves a different group of performers to Eclipse and Same Same But Different so I am not as used to performing with them.

What are your hopes for the future?

I want to travel the world. I have already been to France many times and America and Australia with the circus.
When I am no longer a performer I would like to have a beauty salon in Paris.

Check our schedule here and book your tickets to see Choub Kanha in action.