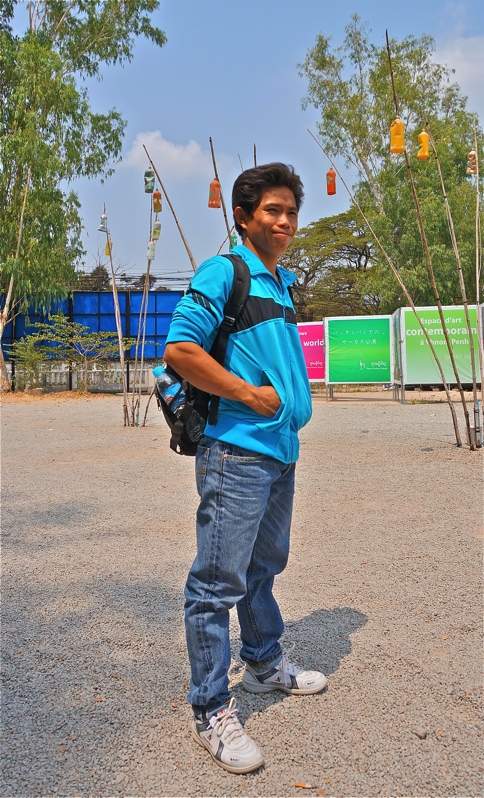 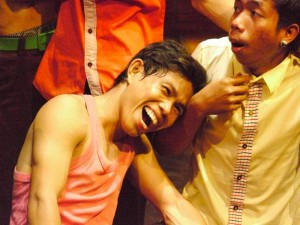 Meet Ung Ratanak. He’s 29, from Opongmuen Village, 20kms outside of Battambang, and an acrobatic generalist and tightrope walker with Phare. Ratanak recently finished a 4 month stint starring in the production known as Chills (Preu Rom).

Like most Cambodians, Ratanak grew up farming with his family. He left school after grade 9 to contribute more to his family’s crop yield. 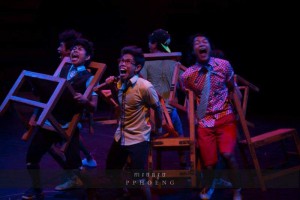 He had seen circus performers in movies, but it was when he learned of Phare Ponleu Selpak’s Circus Arts Program in Battambang, that his imagination actually considered the reality of becoming a performer.

Not beginning training until his early 20’s gave Ratanak his doubts. He admitted to me that he felt enormous uncertainty that first year as he worked everyday to build his movement repertoire. After a year of training, something clicked. He realized he wasn’t “too old” as his hand stands solidified and more and more of his stunts felt natural and were a success. 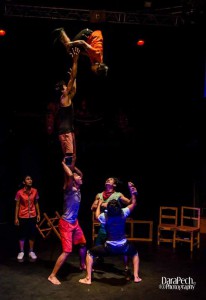 Fast forward 6 full years of study more and here we are watching Ratanak fly through the air 5 meters up, with no safety rigging, in front of hundreds of people every night.

Despite his achievements, and modest at every turn, Ratanak says he has a long way to go with his acrobatics, though he is proud of the gains he’s made here, and especially with his inversions.

When asked about his dreams for the future, Ratanak is actually looking forward to taking up farming once again, though he’s hoping to save enough to plant a mango orchard and stay away from rice. He says his heart is always in every performance, but he knows he can’t be an acrobat forever. 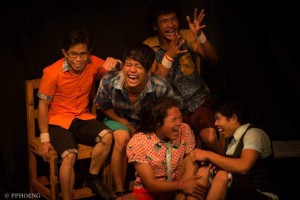 He ended by telling me that life as an artist has more challenges than people often realize…  He said he constantly questions his path and what he is doing with his life – asking “will this provide for my future?”  Also working with a team, all with similar backgrounds, uncertainties, problems and dreams can be further mentally taxing. When spectators see a show like Chills (rehearsed for many months) they’re generally unaware of how much training goes into the production. From the years of training different skills, to the practicing of sequences, all while often having to perform in an additional evening show to earn some money (performers in Cambodia are not salaried)… 12 hour days, sometimes 7 days a week, leave you little time for self-care and the other important parts of life. For now though, Ratanak is looking forward to training and rehearsing in his next performance. Keep an eye out for him over the next year!