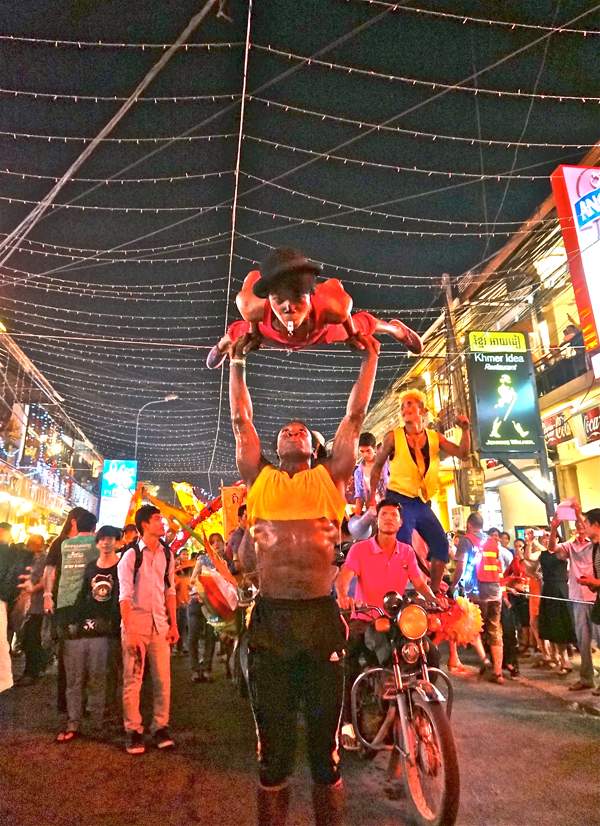 Few events get locals and tourists alike celebrating on the streets of Siem Reap like the annual praise-worthy parade put on by the Giant Puppet Project. And of course, Phare came out to support the cause as well and draw attention in our own unique style… 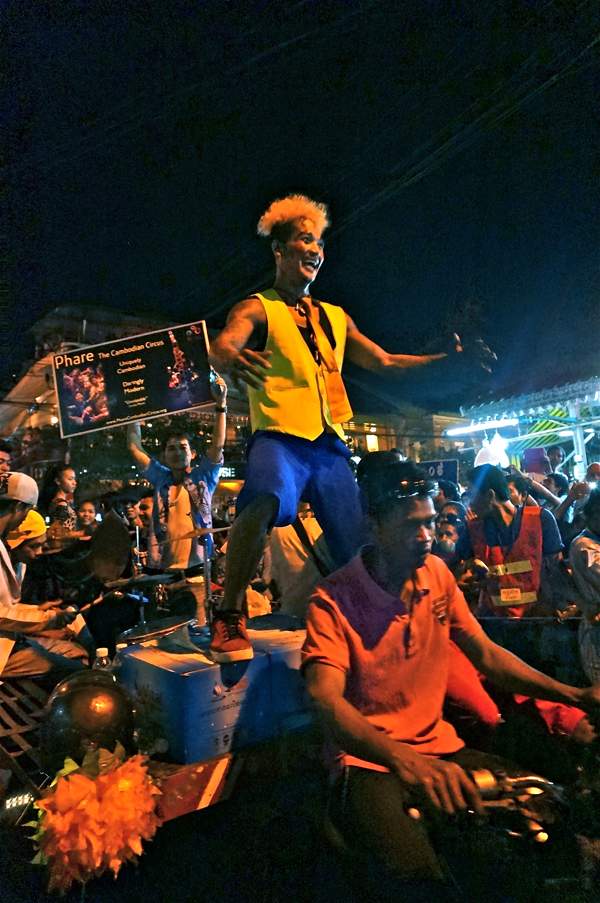 We don’t have many giant artistic puppet sculptures up our sleeves at our circus.  Our “parade float” was a bit more, we’ll call it, civilian. Our moto and heavy-duty trailer was rigged up with some modest décor and we packed it with the one thing we’ve got plenty of – talented performers!  And don’t forget enthusiasm. 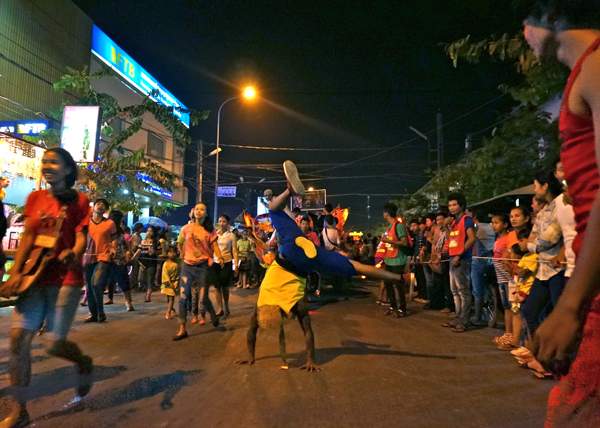 Phare musicians crammed onto our ride and could be heard moving through the parade 100 meters ahead and you could feel the difference as our performers marched by. Actually you could see the difference – everyone near our crew was dancing!

Things started off high energy as well.  Opening the parade was the all female Madagascan drumming band and several of our performers leading the charge with handsprings, flips and cartwheels… With the girls drum beats echoing off the block, and all the dancing, one could have mistaken the scene Brazilian Carnival

After marching all around Pub Street, back and forth across bridges all the way up the river, some stunts were thrown in for good measure and a thousand fliers distributed in an effort to entice people to visit our “Big-Top” the next night… And from the looks of packed house on Sunday – it looks like it worked! 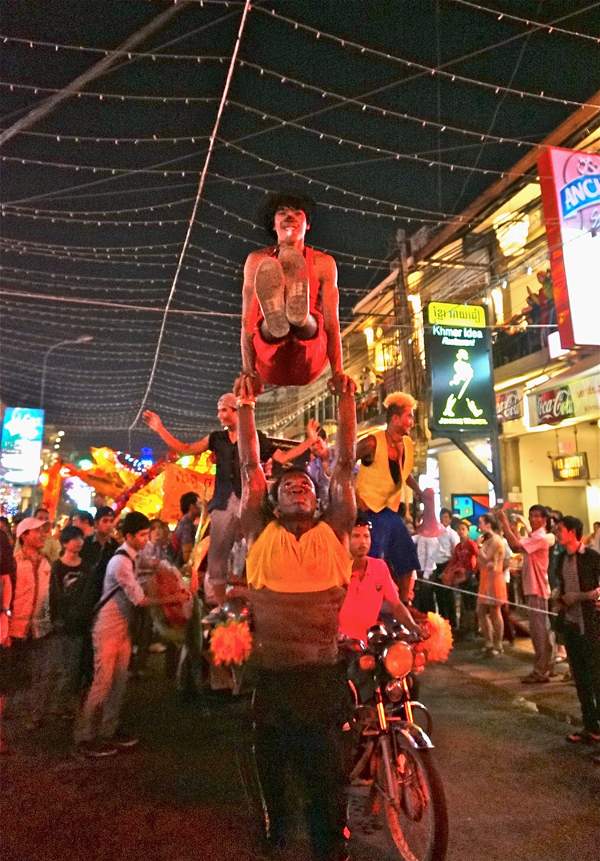