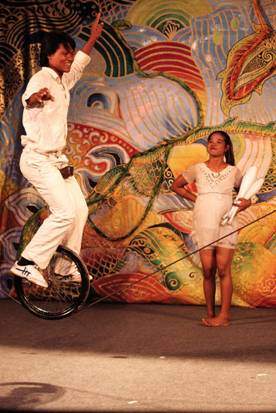 Samol Pon, 27, is from Battambang, and specializes in slackrope, unicycle and juggling at Phare Circus

Interviewing Samol, we found that there was no nonsense and no tiptoeing around his past. Somol suffered through a great deal of domestic violence growing up. His father was an alcoholic who would occasionally become so angry as to leave Samol tied to a tree, while treating his siblings about as kindly. 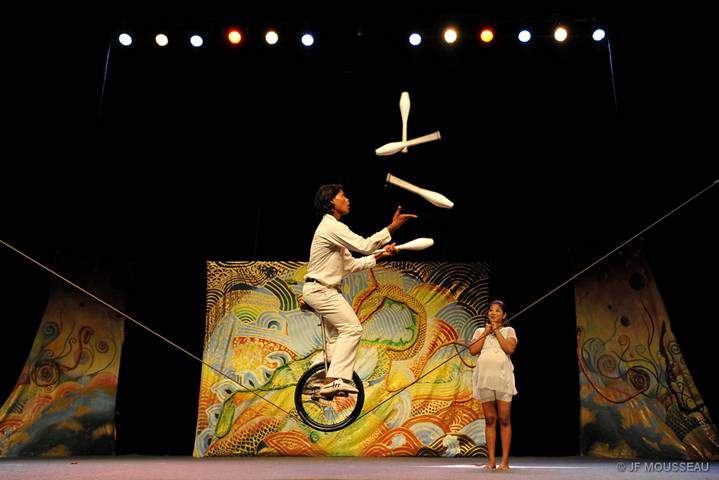 Like many of the children in his village, Samol would pick up rubbish to bring some money home for his family, and there wasn’t much he hoped or dreamed about. Circus was a true saving grace for him as it provided something to build towards… he began dreaming one day he would be like one of his heroes – the teachers at Phare’s circus school. They seemed larger than life with their knowledge of these amazing arts and unbelievable talents!

The best part of his job? The public’s applause and their connection to the themes that he and his group have worked so hard to convey. Samol can feel real connection to the struggles of the characters depicted in his Phare performances. 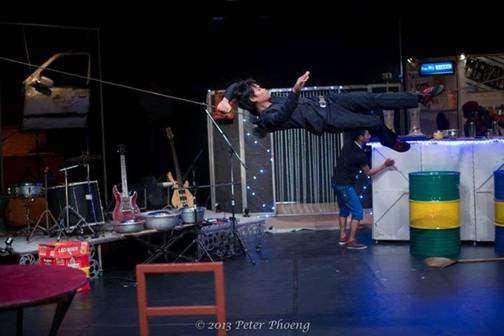 He has made it his mission to end the cycle of poverty that he and his family have been in for so many years. He can see this becoming a reality as he is married now and has 2 sons, and he is looking forward to maintaining a successful rice farming business within his family.

Hardest thing about the circus? Thinking about what skill he wants to build most, as one can only train so many skills at a time because they take so much intensive training. It can take a year to perfect even a certain trick in a specific skill area! 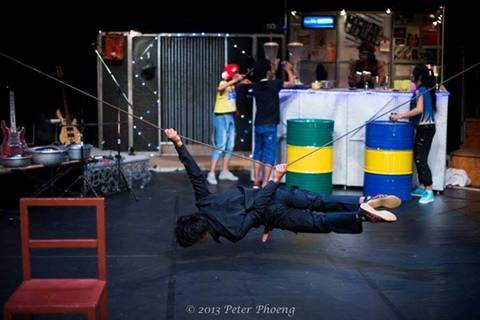 Favorite trick? Holding a person in Two-high (where a person stands on you – usually on shoulders) but on his head, while he rides his unicycle. He doesn’t know many other people that can do the trick!

What tricks are on the way? Samol aspires to be able to do handstands on his tight rope line – an obvious but extremely challenging feat! 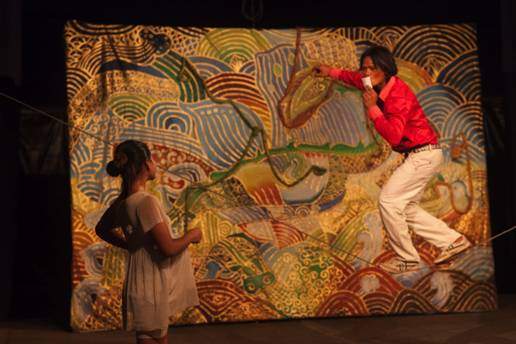 Surprising facts? Samol is an excellent cook… and he can catch a fish with his bare hands!

Thank you for you for sharing such a raw and honest look at your life, Samol. Your story, hard work and performances have brought tremendous joy to your show-goers, and inspire us to turn our greatest struggles into our greatest triumphs.

Come watch Samol perform while you’re in Siem Reap and see why Phare is voted the best nightlife attraction in town by tourists from around the world. Phare, the Cambodian circus… Uniquely Cambodian, Daringly Modern!