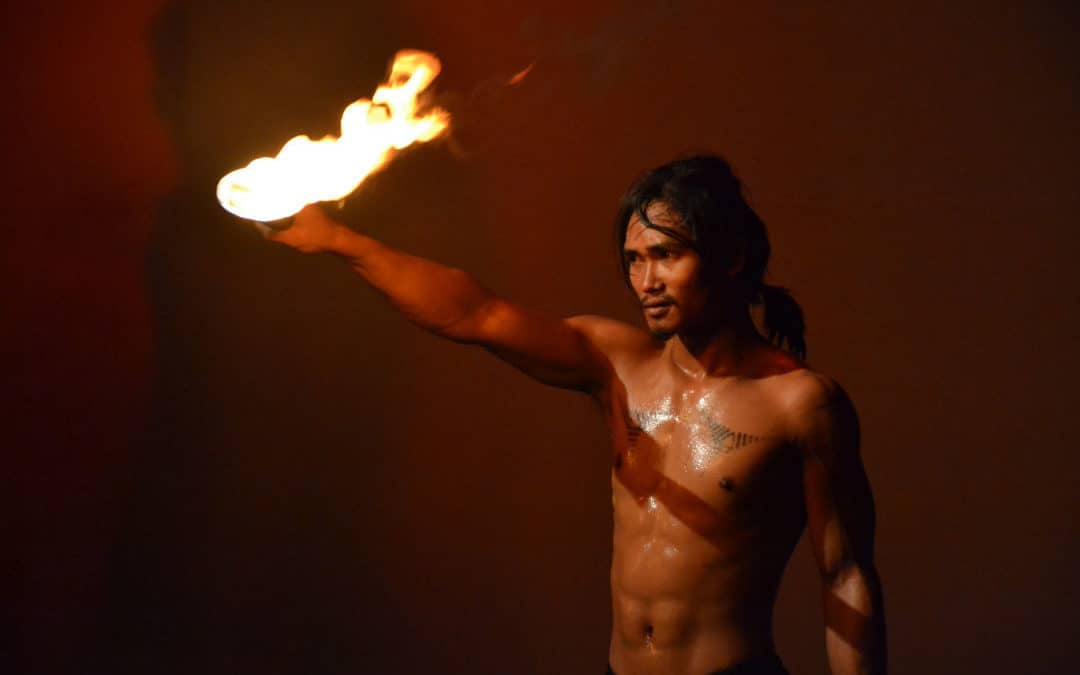 Chinese Pole is an incredibly demanding and technical circus skill to master, but this young man has it down to a tee.

What is your role in Eclipse?

I do the Chinese pole and I also do some of the banquine. In the show I get to showcase some of my individual skills but I also play with other artists doing acrobatics and teeter totter. 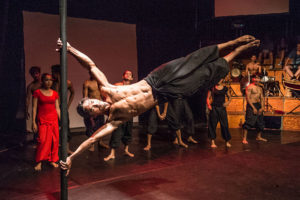 How long have you been doing circus?

How did you start?

In the beginning I lived with grandmother and we would go to sell something at the market, the bananas. At that time there was a teacher called Dalin who was a social worker at Phare Ponleu Selpak. She was going around the villages to ask the community whether there were any children who wanted to come to study at this school.

Dalin met my grandmother and discussed with her about this school and asked her if she wanted her child to come to the school. She came home after that and told me stories and asked me if I wanted to go to school. I had no idea where PPSA was but asked my grandmother to take me there to see it.

Before that did you go to school?

At that time I did go to primary school but because I went to market to help my grandmother I didn’t go to classes a lot.

My grandmother wanted me to go to Phare because I always went around doing nothing and sometimes I would pick up trash for money.

Do you have any brothers or sisters?

I have two siblings but we didn’t grow up together. Two of my siblings lived with my mother and I was with my grandmother, now a days I live with my aunt.

My siblings now work in Phnom Penh and since I was born I have never have gone to visit my mothers’ home town… I’ve only met her twice.

Why did you go into circus?

I started studying at Phare in the public education. At that time there was just one building with two floors. We studied general school like language, writing, reading downstairs. When we were there I used to hear lots of noise from upstairs, where they did the circus. At that time I didn’t realise what it was though and so when I went upstairs and saw people doing crazy things like standing on top of each other, flipping and balancing I felt like I wanted to be like them.

I asked permission to train and they said yes! So since that time I joined the circus! 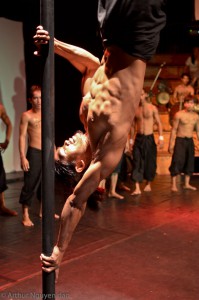 The circus school wasn’t modern like now a days. We didn’t have as many things, we used to use small pieces from the bed to protect when we fall so we didn’t hurt ourselves. In the school upstairs we had it separated into two parts, one was for circus and one was for painting.

How and when did you start to perform?

I first started performing in 2002, we performed together in front of the school.

How did you find out you were good at Chinese Pole?

When I arrived in France where I was for two years I was looking for a new speciality and I found Chinese Pole.

I love it so much! I wanted a change and this was right (like the right fit).

Yes, it is. You have to be very strong.

What else did you learn in France?

A lot. I studied with people from other countries. There were two other girls from Cambodia and some people from Canada.

What is your favourite part of eclipse?

I like the market part of eclipse and when we do the banquine together. 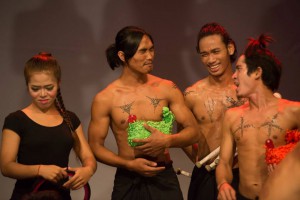 What are your dreams for the future?

My dream is to have a job that can earn money and to survive, to be able to pay for my grandmother, my auntie. Well actually, that was my old dream… these days I now want to continue performing, do more shows, have more opportunities to perform.

Has your grandmother ever seen the show?

One time. In Battambang. Three or four months ago.

What did she think?

She just happened to be in Battambang and I was performing that night. So she saw it. And she thought it was incredible that it was me on stage. She never thought I would do something like that. She was happy.

And if you weren’t a circus artist then what would you be doing?

I really don’t know. If I was not in the circus then maybe my life would not be like it is today. I would live a much harder life and be worse off. As I said I lived with my grandmother and I didn’t go to school so I cannot imagine where I would be without the circus. 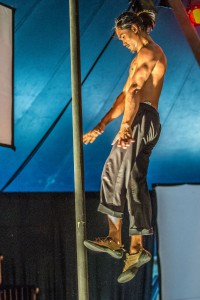 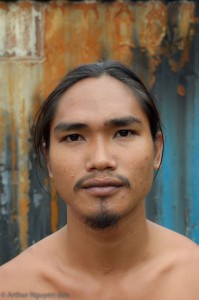