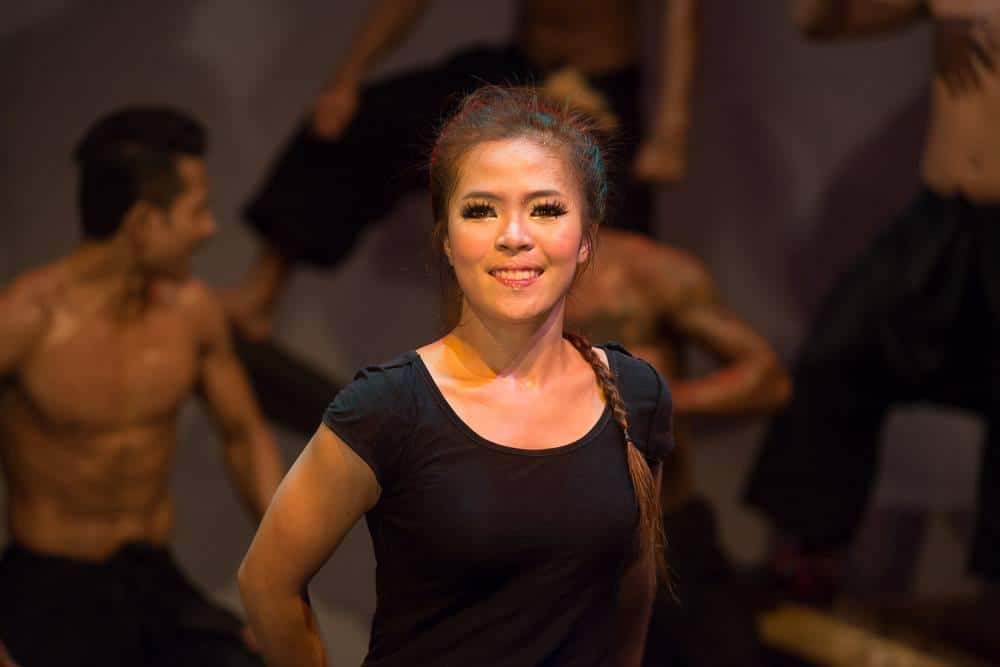 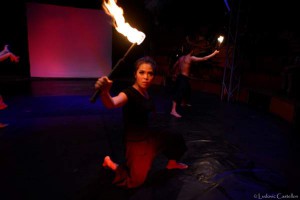 Meet Chuob Kanha, 18, from Battambang. Kanha is a contortionist and does partner acrobatics with Phare. She is currently one of the two female stars in in production Eclipse and Sokha, where you’ll see her bending and balancing atop other artists in the show.

What was her greatest challenge before she joined the circus? She started training at the Phare circus school when she was 10 years old with her best friend. She still remembers fondly when they would shop in the market together like average teenagers… and then when they began doing their “kids” shows at the school (they made $3 per show at that time). They would always chase after the director to get their money right after the show so they could have fun spending it.

Has she ever been in trouble? Well, first, she was always a great student in school, but… Here’s a big one… When she was 14, she went to perform in Germany, abroad for the first time, she stayed in a German family’s home. It was a rich family – and what an experience staying in the family’s daughter’s room who was out of town. But, the twist comes when its time to leave and a family heirloom is missing – a precious necklace handed down from their grandmother! A crazy witch-hunt ensued where the the artistic director made all the artists go through their things on the bus – through every suitcase… And sure enough, it was Kanha’s younger student roommate who had taken the necklace! Kanha can never forget this as it was at the end of the tour and was no way to end it… nothing like this had ever happened in Phare before – and wow was she glad she wasn’t the one in that line of trouble!

Proud moment? There was a time when she decided to stop studying at Phare when she was 15 for a year and went to study at an English school – it had been a while but after studying hard, she was 5th in the entire school by the end of the year! Kanha has gift for languages for sure.

If she could meet anyone alive or dead who? Well, after a great deal of pushing there was no getting her to change from saying ~her parents~. She is so grateful to them for all their hard work and support of her, she doesn’t need to go off in search of anyone else.

If she had a million dollars?  After doing all of the requisite care for family, she would be principal of her own English language school AND open her own pizza shop specializing in pies that offer exotic seafood toppings. She knows locals will love it!

And last but not least what’s her favorite trick? She can’t quite do it yet, but she really, REALLY wants to be able to do a one-handed handstand!

Read more about our shows.