Bel – A Landmine Survivor in Cambodia 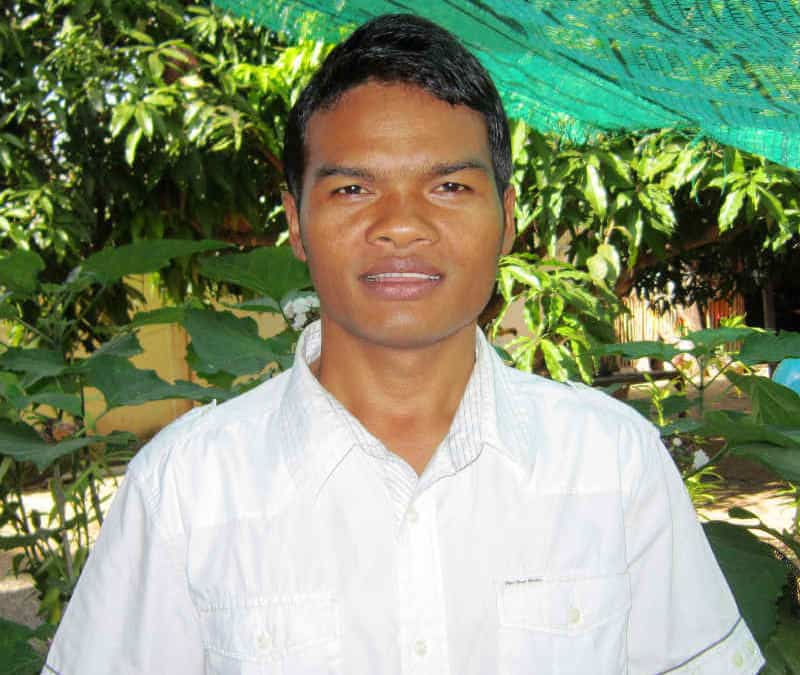 Bel – A Landmine Survivor in Cambodia

Muy Seu Bel (Bel) was just 7 years old when he lost his leg after stepping on a landmine. “I looked after the cows in the fields. I didn’t know that the Khmer Rouge had put the landmines near my village. I went out to the jungle with my cows and then I stepped on a landmine.”

Over 64, 000 landmine and ERW casualties have been recorded in Cambodia since 1979, and with over 25,000 amputees, Cambodia has the highest ration per capita in the world.

Unable to move Bel called for help – one man nearby heard and came running. “The Khmer Rouge used to lay landmines in threes – never only one. The man who came to me had a stick and had to check, check to find the other two. Once he cleared the other two he picked me up and took me to the village.”

It was a long time before Bel got the medical attention he needed because most people thought he was going to die (his stomach had also been ripped open by the blast). Eventually he was taken to the hospital where his leg was cleanly amputated, and his stomach stitched back up.

Back in his village, Bel was living alone… “I had 5 brothers and they all joined with the Khmer Rouge. My mother passed away when I was just 1 years old and my father had a new wife who did not like me. Nobody looked after me, nobody supported me… but I wanted to study, I wanted to go to school.”

First step towards this dream for Bel was getting enough money to pay for a uniform, books and pens. He started selling lottery tickets to villagers for a small commission. “A lot of people like to play lottery so I made money and then I was very happy. I was able to buy the food to eat, the rice, the chilli, anything to eat! I could buy my clothes, my uniform, pens, books, pencils and then I could go to school!”

Bel finished Grade 7 and wanted to continue studying – to do this he had to leave the village. He hitched a ride in the back of a pig trailer heading to Siem Reap. “When I first arrived I went to Handicap International where I was able to get a plastic leg. I asked the staff there if they had an organisation that supports landmine victims to study. They said yes! It’s with Mr Aki Ra, he opened the landmine museum, do you want to go and study there?”

Bel went to live with Aki Ra where he was able to continue his education, and not have the same pressures of supporting himself than in the village. It was the first time he’d seen white ‘giant’ people as well.

In 2009 Bel started his own NGO, KILT (Khmer Independent Life Team). As a person living with a disability in Cambodia he found it incredibly hard to find work, despite his experience and credentials. He decided to make his own work, but rather than focus on making profit for himself, he wanted to make sure that he could help others in the process.

“I support 17 children who were very poor, when I was small I had nothing and so I know what it’s like. I also support the landmine victims and other people with disabilities to get jobs.  Take them to hotels, like Amansara where we have 2 people working, and restaurants, shops and other companies.”

He supports this work through selling jewellery, art work and other craft products at his shop, the Made In Cambodia Markets and other places around town. The products are all designed and made by him and others living with disabilities – providing an income for them as well as creating enough income to support the children living with Bel.

“I have no sponsor… when I sell my products I get some money and I don’t see that it’s for me to use on myself, I want to help other people. Because I have had a very hard life and I know myself what it is like… I decide to help the other people. Other orphans and poor and people with disabilities; now they are studying hard and some of them are 9th grade already and will go to university soon.”

“When I am here and doing this work I am not thinking about, oh I lost a leg. I can do everything and I have the plan to help the people with landmines… I want to fight the poverty for them.”

Bel wants to grow his NGO to support even more people living with disabilities in Cambodia. “I am thinking about a farm… they can plant different vegetables and eat them themselves but also sell them at the markets every day.”

“I decide myself, I help people and I’m very happy… if I don’t help I am not happy!”

Read more about KILT and the organisation Bel has created. You can buy his products in his Siem Reap shop and the Shinta Mani Made in Cambodia Markets.

For other ways to support and learn more about landmine survivors you can visit the Landmine Museum in Siem Reap, or read more about these organisations: 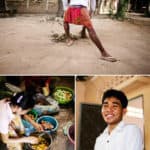 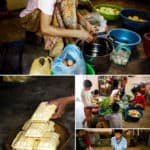 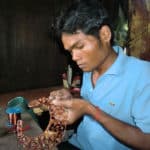 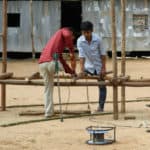 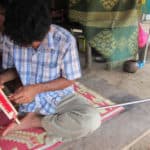 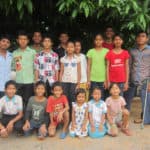 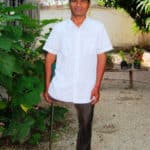 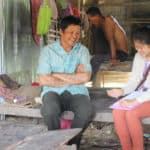