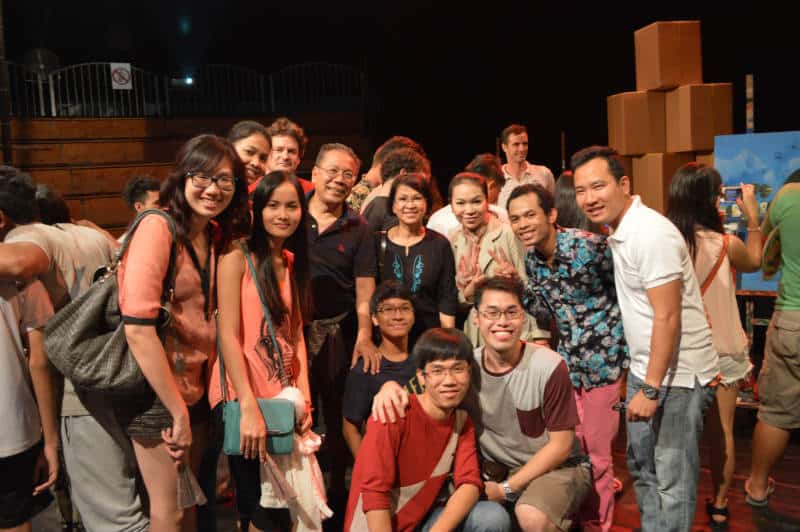 We recently welcomed H.E. Dr. Sok Siphana, Advisor to the Royal Government of Cambodia and Principal at his own law firm, to Phare.

Sok Siphana spent all of his adolescent life in the Killing Fields of Cambodia and went to the United States as a refugee in 1980. There he worked in the private sector as a consultant for small businesses until the advent of the Paris peace Accords in 1993 when he decided to return home. For the next several years, Mr. Sok worked for various international organizations such as UNDP, the World Bank and the Asian Development Bank in various capacities.

Currently, H.E. Dr. Sok is an Attorney-at-Law and Consultant for Sok Siphana & Associates, and Advisor to the Royal Government of Cambodia. He has written books, publications, and manuals on trade and development, legal and investment issues, and has received numerous awards, medals, and recognitions by His Royal Highness, former King, King Father Norodom Sihanouk, and Samdech Prime Minister Hun Sen. In 2004, Dr. Sok was named as one of the “Movers and Shakers under 50s” by Asia Inc.

He came along to Phare as part of an annual company retreat and experienced the show ‘Sokha’ which is based on the true story of how the school, Phare Ponleu Selpak, came into existence.

Needless to say, he was impressed with what he saw…

“The circus was surprisingly awesome, definitely a must-see-performance in Siem Reap. Apart from their stunning performance, which was unlike any circus performance I have seen so far, I think the artists succeeded in communicating an inspirational story and a message to the audience in a riveting magical way. The story itself reflected a great cause which Phare has committed to help providing education and artistic skills to poor disadvantaged children in Battambang and Siem Reap. Simply put, it was such an amazing experience!!”

Phare has H.E. Dr. Sok Siphana’s stamp of approval… does it have yours?

Haven’t seen the show Sokha? Learn more about this riveting show and the story behind it…

There is also a lot of symbolism within the show which, once understood, makes the performance even more powerful.

Check out the social missions that drive Phare, The Cambodian Circus