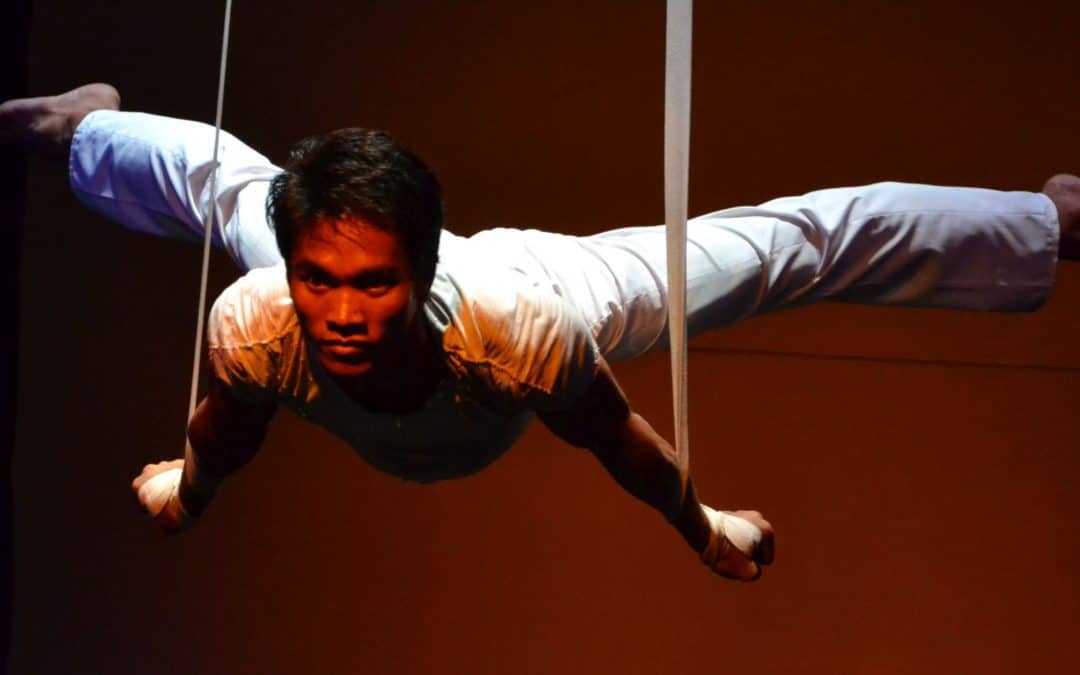 Previous posts have revealed some mysteries about how to play with fire, how to get your body upside down or how to juggle with various objects. How about flying?

But what is it exactly? Aerial straps consist of a pair of suspended straps with a loop at the end of each strap, allowing the performer to insert a hand or a foot. Some artists even use straps that do not have loops at the extremity but that are actual loops, thus allowing for a wider variety of postures. The performer usually uses at least 4 meters of ceiling height which enhances the audience’s impression that the artist is floating. 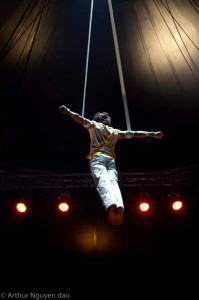 Aerial straps do look like ribbons even though they produce a very different impression and the technique is not exactly the same. Although the exact origin of aerial straps is not clear, it is known as an ancient Chinese speciality initially performed as a solely muscular discipline.

A usual performance consists for the performer in rolling and unrolling the straps around the wrists and arms to go up and down while doing postures and acrobatics requiring extreme strength.

Aerial straps as we know it has been greatly influenced by the Panteleenko Brothers. They were identical twins who presented an act that added a new dimension to the discipline in the 70’s.

Their history is tragic however. The Panteleenko Brothers were performing for more than 20 years without getting proper acceptance, probably because of the high level of innovation their act was bringing in such an old discipline. In 1989, they were touring with famous Swiss national Circus Knie when one of the brothers suddenly died after a show because of cardiac arrest. The remaining brother decided to go on and hire another acrobat with whom he experienced international success a couple of years after, under the name Panteleenko Brothers but without his twin. 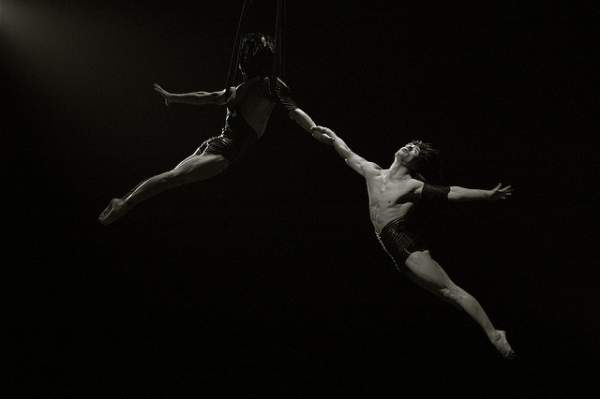 Including swinging, circular movements as well as the two-person combinations made their act look like an aerial ballet, bringing grace and flexibility to what was previously only about muscular force. Nowadays everyone agrees on the pioneer role the Panteleenko Brothers played and their influence can be seen in almost any aerial straps act.

And what does it take to be able to perform such an incredible circus specialty? Nothing more than years of daily training to get both strength and flexibility as well as the control of the body while in the air. 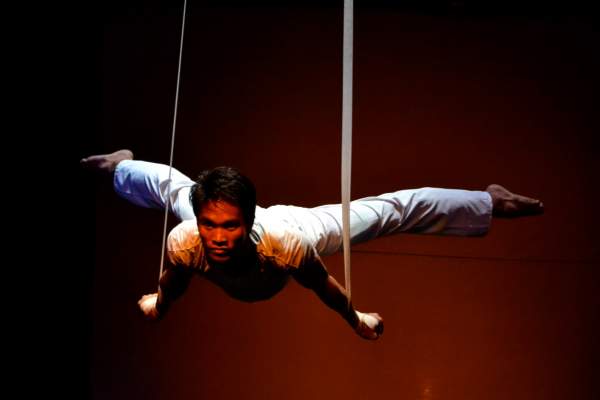 In our show Eclipse, the amazing aerial straps specialist Bo Ratha plays a divinity. He rises up in the air and does magical postures above a discriminated man who has suffered severe violence from villagers and needs to be healed by godly power. How did Ratha learn aerial straps? Actually, not in Phare Ponleu Selpak, the school in Battambong he graduated from. He studied two years at ENACR (French national school for circus arts of Rosny) from 2010 to 2012. When he arrived in France, he was specialized in banquine, equilibristic and he was a hand-to-hand porteur. Unfortunately his partner got knee injured. So he had to start again and chose to learn aerial straps. “I liked it a lot, I was watching those who were training all day and it was simply beautiful”.

The accomplished acrobat he already was had to start a new discipline again, training for years, everyday stretching for hours and then doing the exercising routine. Then it was his turn to get knee injured. Circus can be dangerous, be he did not give up and started all over again. “I want to continue learning and training, it would be great if I could do another internship in France or in Québec”, he says.

Determination, strength, passion and dedication. That is what it takes. 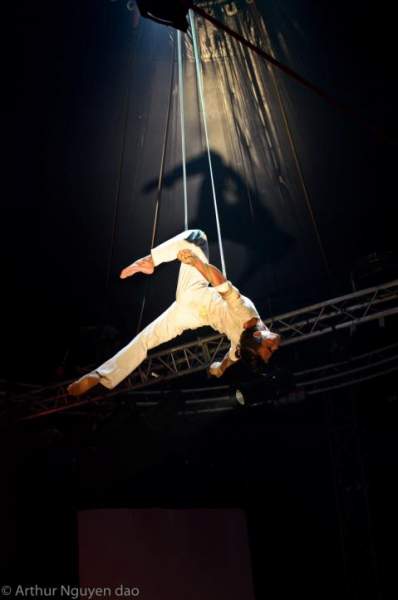 Eclipse is coming back in August so you can pass by at the Red Big Top in Siem Reap and see a fascinating aerial dance. For an online reservation, click here.