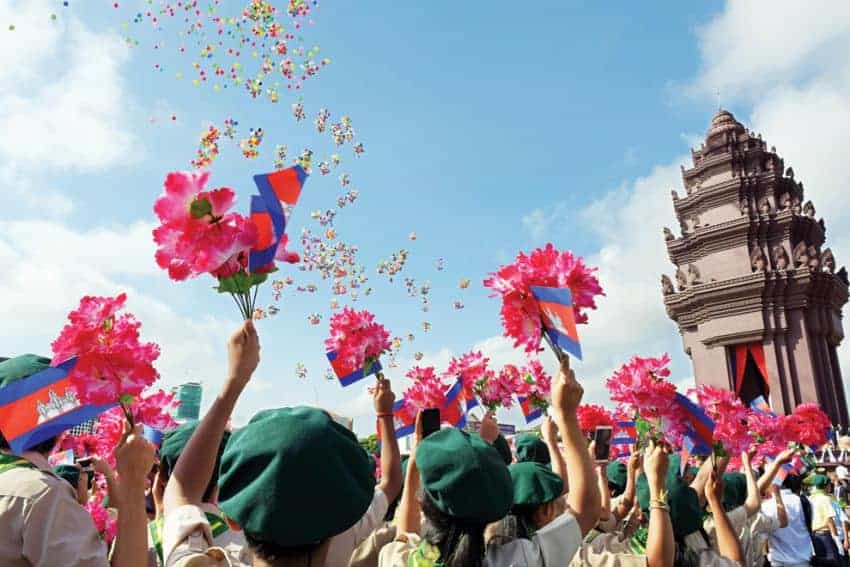 Victory Day is a yearly celebration in Cambodia that commemorates the fall of Khmer Rouge’s regime on January 7, 1979. This year marks the 38th anniversary of the end of their reign and reminds us how far Cambodia has come in under 40 years.

The Khmer Rouge, under the leadership of Pol Pot, changed the name of Cambodia to Democratic Kampuchea and led the country from 1975. They were responsible for the dreadful genocide of more than one to three million Cambodians due to starvation, overwork, diseases, and mass executions.

Professionals in all areas such as teachers, doctors, and lawyers suffered a great loss, due to Pol Pot’s paranoia of their potential of igniting a revolutionary movement. Cambodia’s dark days ceased when Vietnam invaded the country to put an end to Khmer Rouge’s violent acts against the locals. The Khmer Rouge’s power ended in 1979 but the infighting did not stop until the United Nations meddled in the situation culminating in Paris Peace Accords in 1991.

Cambodia celebrates Victory Day with cultural shows and exhibitions meant to remind the country of the horrific Khmer Rouge’s regime.

A gathering is held in Phnom Penh to mark the momentous event of the fall of the followers of the Communist Party of Kampuchea. Thousands of people gather in this yearly event to remember those who perished in the genocide.