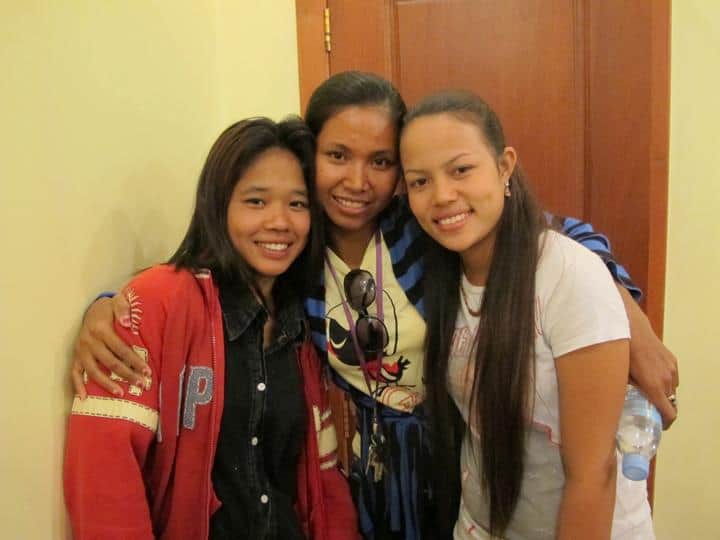 This week, we’re writing about a very special, recently released documentary film: “Angkor’s Children”. The film is described as being about the artistic and cultural renaissance in Cambodia after the Khmer Rouge genocide that decimated Cambodia’s artistic and educated classes, but it is really so much more. The story is told through the voices of three young women artists, including Phare artist Phunam Pin. These three women are absolute inspirations, epitomizing the triumph of the human spirit over unimaginable adversity.

“A singer of Buddhist poetry, a circus artist, and former garment workers, grassroots, protest band; these are ANGKOR’S CHILDREN. Sreypov, Phunam, and Messenger Band have stepped out of the dark past of their parents by expressing the resiliency of Cambodia through their art and advocacy. They are pioneers, and are part of a global movement of women who are changing and inspiring the world. ANGKOR’S CHILDREN is a film of hope for post-conflict nations that are also seeking renewal through cultural and artistic expression.” (From the movie’s web site)

There was a special screening of the film at Emerson College in Boston, Massachusetts. Lauren Shaw, the film’s director, and Paul Feinberg, the Executive Producer, brought Phunam all the way from Cambodia for the event and also to show her around New York, Boston and Washington, DC, introducing her to important figures in the arts and media. I just happened to have plans to be in the US for my own vacation around that time and was thrilled to be able to rearrange my schedule to attend. Also at the screening were Srepov Phoeun, Smot singer featured in the film, and Phloeun Prim, Executive Director of Cambodia Living Arts.

Although it was my first time to see Angkor’s Children in it’s entirety, it was a 6-minute clip from it on YouTube about Phunam Pin that inspired me to join Phare. I have no artistic talent, or even an artistic sensibility, but I respect those who have. Phunam is so talented, energetic and enthusiastic, which is even more inspirational when you know what she’s been through to get there. I may have never understood that had I not seen the video clip. The film brought even more context and emotion that moved me to tears.

If you’re in New England, the documentary will be shown at the New Hampshire Film Festival, Oct 16 – 19, 2014. Watch the Angkor’s Children web site for additional viewing opportunities.

Lauren and Paul will come to Cambodia at the end of December, 2014 through January 2015 and have plans to screen the documentary in Phnom Penh, Battambang and Siem Reap. Watch this blog or our social media pages for updates, as well as the News tab on the Angkor’s Children web site.

Would you like to learn more about Phunam’s story? Please read her interview on this blog: CLICK HERE.

Click on one of the links below to read about a few of the Phare show’s she stars in: