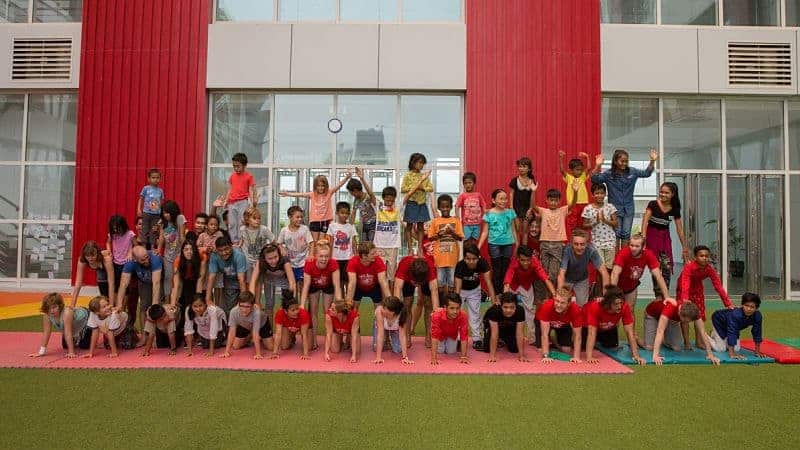 The Tini Tinou International Circus Festival has finished for another year. This year’s 10th anniversary of the festival brought together troupes from across the world to experience Cambodia, with two weeks of shows, parades, and workshops in Phnom Penh, Battambang, and Siem Reap.

Phare, The Cambodian Circus performed their new production Influence in Phnom Penh and Battambang, and the National Circus School of Cambodia performed in Phnom Penh.

The Flying Fruit Fly Circus brought their show Stunt Lounge to Cambodia, performing in all three cities with the festival, after a successful tour across Australia, including opening at the Melbourne International Comedy Festival, and a sold-out week of shows at the world famous Sydney Opera House. 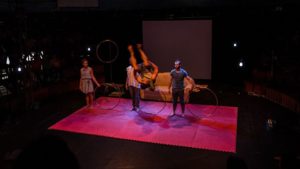 French troupe Collectif Open Ticket enjoyed performing their show Nonsense for Cambodian audiences across the country, which included the family and friends of performer Voleak Ung, a student from Phare Ponleu Selpak who had been studying at the French National Circus School for the past six years. Tini Tinou gave Voleak the first chance to perform at her old school in Battambang, and for her parents in Siem Reap. Voleak and many of her fellow performers graduated from CNAC just a few days before flying to Cambodia.

Canadian jugglers Ryan and Yuki from Cause and Effect Circus not only wowed the crowds with their awe-inspiring juggling moves, but they also taught the other international artists, the Cambodian performers and Phare students their tricks in a series of juggling workshops. Trampoline workshops were also held for some of the Cambodian artists and students by Travis Johnson from the Vancouver Circus School. 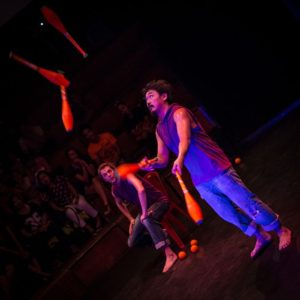 The 2016 festival also saw the creation of the “Tini Tinou Collective”, where the members of the troupes from all four countries were mixed together and divided into small groups. These groups then had four days of workshops with a director to create a mini-show that was performed at the end of the festival. Given such a tight timeframe to develop a story, and learn the skills of their new cast members, the groups rose to the challenge and performed highly entertaining acts for audiences in Battambang and Siem Reap. 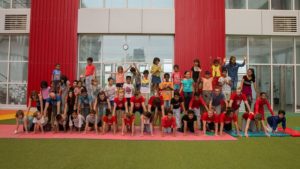 Workshops were also held for members of the public, and students from NGO groups. The Canadian International School of Phnom Penh hosted a workshop on Sunday 1 May where the artists from France, Australia, Canadian, and the National Circus School of Cambodia taught kids how to juggle, hula hoop, balance and tumble. In Siem Reap, students of Sala Bai hotel and restaurant training school got to test their circus skills with the artists from Phare, the Cambodian Circus.

Battambang and Siem Reap were both treated to exciting street parades, where performers from all the troupes in the festival took over the streets. The 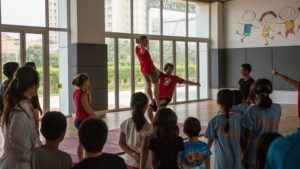 students at the Lycee Descartes School in Phnom Penh were given a special show by the Flying Fruit Fly Circus and the National Circus School of Cambodia, and pop-up shows were also happening in Siem Reap, with mini performances held in outdoor locations across the city.

The Tini Tinou International Circus Festival would not be possible without the generous support of our sponsors. We would like to give a massive thank you to all the sponsors and partners, as well as everyone who helped make the 10th edition of the festival a success. If you have photos from the festival, we’d love to see them! Upload to social media with the hashtag #tinitinou2016