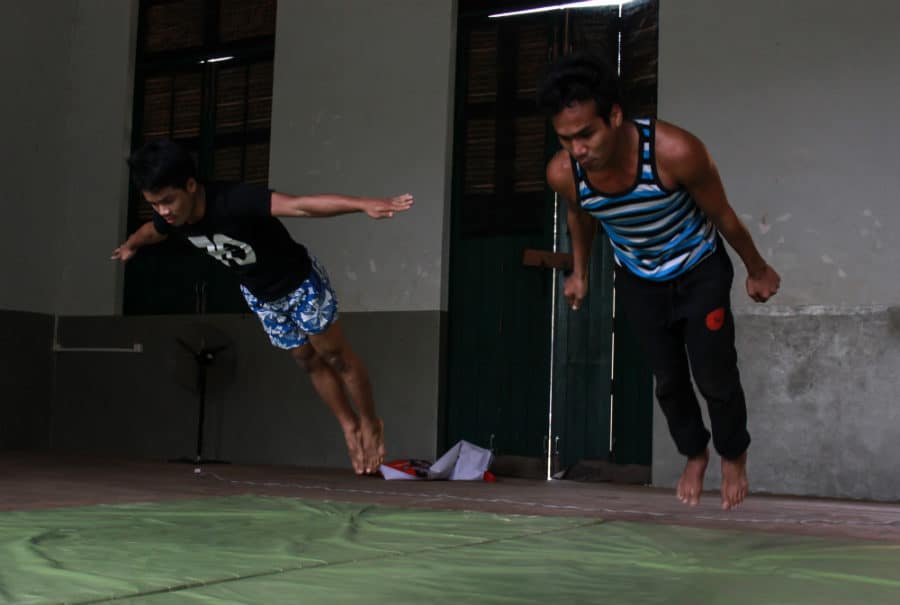 STREB – Strength, Trust, Risk, Energy and Body. It’s a unique dance/movement style which incorporates many different disciplines which focus on body strength and stability. A group of our older circus artists were lucky enough to take part in an introductory workshop run by two members of the STREB Extreme Action Company.

Cassandra and Fabio were given a grant from the Asian Cultural Council to come to Cambodia as cultural ambassadors and share their art with performers here. They have been with working with this alternative ‘movement’ crew for 8 and 12 years respectively and before this they were both competitive gymnasts – Cassandra even had a short stint with the circus.

They’ve hit the three main centres of Cambodia, Phnom Penh, Battambang and Siem Reap – tapping into the dance and circus performers across the country. Cassandra says that the experience has been mostly about “a cultural exchange between us and trying to learn from each other. The teachers here at Phare are really adamant about expanding the horizons of their performers and students so it’s a question of progressing in term of movement and in terms of creativity. Expanding new ideas and creating good relationships.”

So what is STREB? “Basically Elizabeth Streb was a choreographer who began exploring different ways of moving in the 70’s… she said modern dance was a little boring. Being on your feet, right side up, jumping from one foot to another foot and then constantly being on the bottoms of your feet, right side up wasn’t interesting. She started asking why does everyone have to do that… she started asking questions like can I be in different places in space, can I occupy places in space that haven’t been occupied yet. Can I leave the ground for a second and land somewhere else other than the bottoms of my feet. Can I change my bases of support, and can I land on my side, on my back, can I land on my bum, can I land on my knees… so she started investigating different ways of moving in space.”

“She likes to believe that humans can fly… you just have to deal with the landing.”

Still don’t quite get it? Here’s a short clip to give you an idea of this unique movement performance:

While, as you can see, STREB is not a circus it does draw from a lot of the same disciplines and skills. “Circus and acrobatics deal with a complete and total spatial awareness. STREB fosters this knowledge of upside down, right side up, inside out and that’s very similar to how you train in the circus. At any given point in time you’re doing 350 twirls in the air, vertically and horizontally and I think those two things are very similarly linked in terms of how we teach.”

Fabio and Cassandra say that working with the Phare artists has been amazing. “We’re not used to working with people at this level quite frankly. Our audience in the US is mostly made up by dancers and dancers are not this strong. The majority of them don’t have that much upper body strength, don’t have that much power to jump, to land to take that hit as we like to say.

We can work at a higher level with them than others because of their base strength. They have high awareness already of the space and they know a lot about their bodies and they know how to deal with it in space. They have enough strength so that they can land on their stomachs, on their backs. They’re highly, highly capable of doing what we teach… it’s been joy to work with the circus artists and share a little bit of what we know with them.”

Fabio and Cassandra are hoping to bring their whole crew back to Cambodia and continue to develop this new relationship with Phare and the artists. Who knows, maybe the next tour Phare does could be to America!

Read more about STREB and see the trailer to a documentary on the group.

Late 2014 the ‘Chills’ Troupe had a special workshop in order to reconstruct Chills for tour in France later this year.

Phare artists also take part in workshops as teachers… read more about this project with a group of performers living with disabilities. 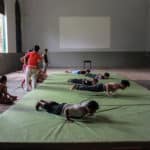 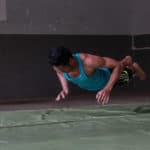 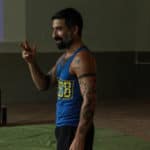 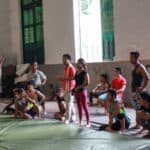 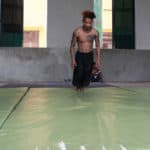 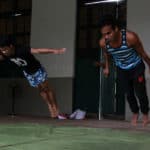 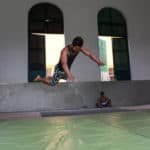 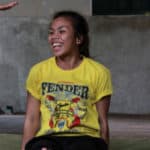