Behind The Scenes at the Circus – ‘Preu’ (Chills) 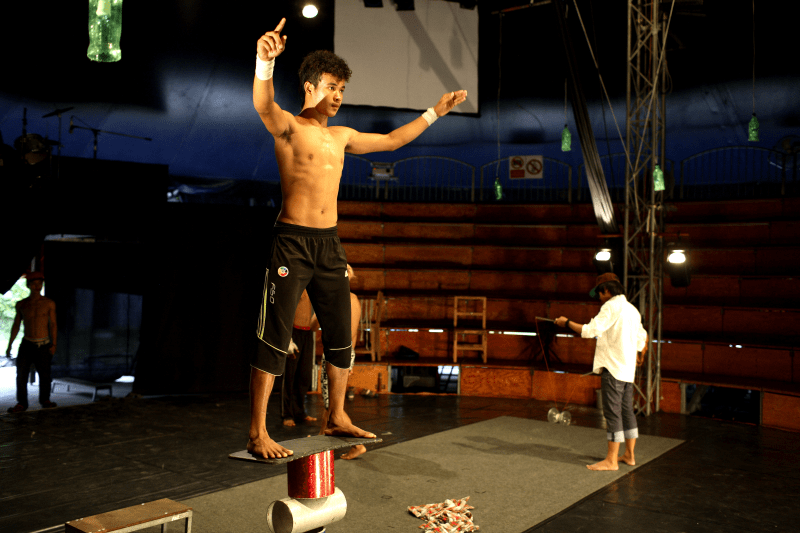 ‘Chills’ is one of the regular performances at Phare, the Cambodian Circus Big Top in Siem Reap. It’s a captivating story about a group of school kids being hassled by ghosts and their efforts to defeat them.

The story addresses the fears and anxieties of human beings. It’s said that the ghosts feed on the fears of humans and the only way to be at peace with them, is to overcome those fears.

The idea of ghosts, or spirits is deeply ingrained in Khmer culture and lives. Cambodians believe in a variety; guardian spirits of houses and animals, ancestral spirits, demon-like beings, ghosts and more.

Some of these spirits are rather harmless and can be helpful if appeased. Others can make the people’s lives harder and cause bad luck or sickness if they are displeased by lack of respect or improper behaviour.

In order to harness the good energy and help protect themselves against the bad, Cambodians pray to the spirits to show respect. Pchum Ben is one such occasion, which is the Khmer festival of the dead. The people visit at least seven pagodas to make offerings to dead ancestors and light candles to guide the spirits to these offerings. This helps feed the ancestors who have not eaten all year.

Phare shows are mostly written by the teachers at Phare Ponleu Selpak, but Chills was special because it was created by the students themselves. Xavier Gobin, who is our operations director and works closely with the artists says “it’s very genuine…very innocent and naive.”

When it was first developed, the characters and costumes were rather uniform and simple. With some reworking and help from Gauthier Jansen, a Belgian stage director and professional clown, the story developed the colour and strength that you see on stage today. The shy, stubborn, intellectual and show-off characters were created – a quality of this show that makes it such a delight to watch.

Once a show is ready for the stage, the growth of it never stops. Even while performing every night, the performers are rehearsing for at least an hour and a half every day. Xavier says “We need the performers to think about different perspectives and to make sure they’re always thinking so they don’t drop their energy or get lazy. It’s easy for them to get into a routine so with the rehearsals you give them room to play – the more you play the more you find the breathing space and the magic happens.”

Want to see more pictures? Visit the ‘Chills’ page to see a few photos of the actual performance. 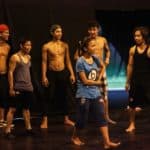 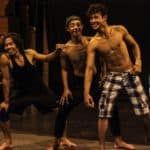 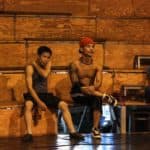 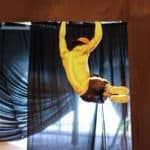 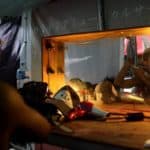 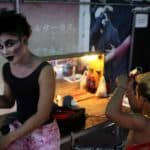