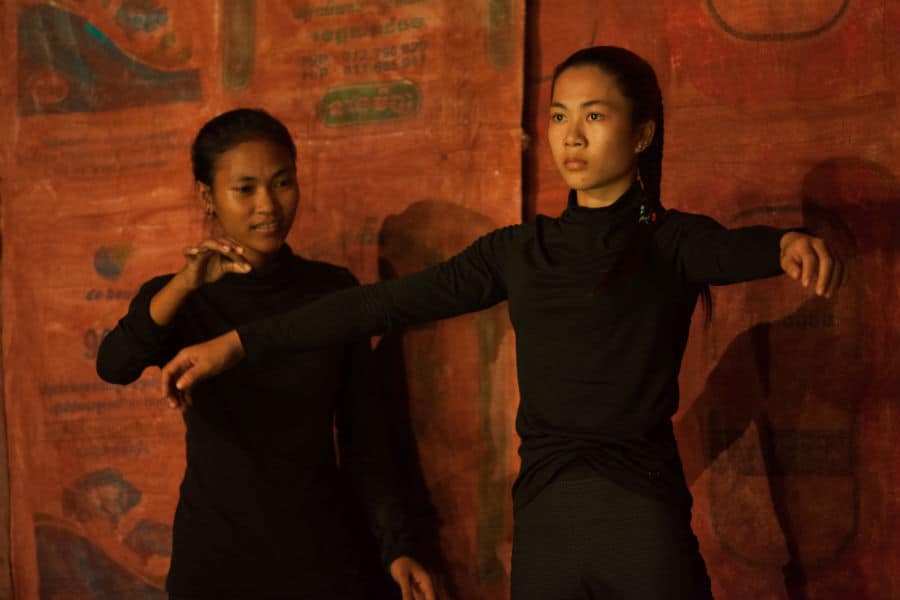 For the last month a group of circus and music students at Phare Ponleu Selpak have been creating a brand new show. They are the 5th generation of circus students and they hope to travel to France in 2016 with the new show they are calling ‘Puppets.’

The idea to base the story around the use of puppets has grown from a drive to reintroduce the idea of puppetry and traditional Cambodian puppetry into the country. This particular art form is still lagging behind in the revival of arts in Cambodia following the Khmer Rouge.

Elsa De Witte is a French performance artist who works with Le Collectif clowns d’ailleurs et d’ici (CCAI), Phare’s French partner. She’s been back and forth to Cambodia, working with Phare for the past 12 years – this month she’s been guiding the students through the creation process.

“When I first arrived there was no real concept – basically it was to use puppets and circus skills together.”

“I really interested in working on the idea of domination and winning over someone or something else. Like in the way that a puppet is controlled by the puppeteer. The first scene that opens the show has a very animalistic origin. It looks at the little eating another little and then getting bigger and bigger as it eats more of the smaller creatures.”

“The small scenes that we have put together so far touch on leadership power, domination of men over women and also men between themselves. I think domination and manipulation is a very universal theme – but it’s especially prominent and strong in Asia and Cambodia. The country today is very marked by the Khmer Rouge and its past.”

Elsa believes that it’s important to share these ideas and messages with others through the art because it helps increase awareness and the ability to learn about it.

With the importance of obvious ‘Cambodian ties’ within the work Elsa has also been working with local materials to construct more modern-looking puppets. “When you are creating something in Cambodia you need to do it cheaply but also use things that people will recognise.”

Puppets have been made out of traditional wooden brooms, coconuts and woven mats. The set also uses things like rice and cement bags to stay in line with the Cambodian theme.

The students had their first show of the new work to a small audience last week. As it stands there is no story line as such with characters and movement – but it’s more tableau and vignettes.

“With such a short period of time working with the students [3 weeks] it was complicated to tell a story as adding in characters adds a lot more work. We focused more on the themes, puppetry and circus skills.”

Throughout the process Elsa wanted to encourage the students to develop a lot of the ideas themselves. “I gave a small idea and then they could take that idea and open themselves up to search for their work… it was really hard for them as ideas don’t come instantly.  I think that they have to learn by themselves. I don’t want to have to say do this like this, but they do find it difficult.”

In March 2015 there will be another creation workshop to continue developing it to a point where it is ready to be performed in Battambang, Siem Reap and then France in 2016! 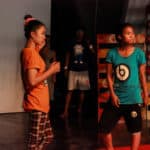 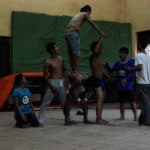 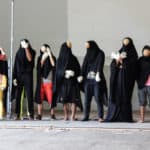 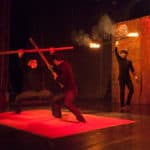 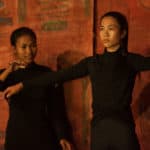 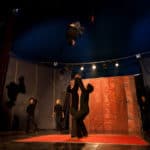 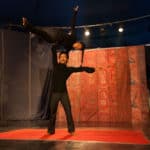 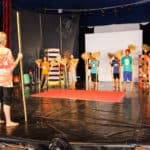 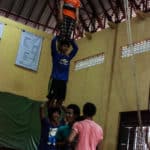 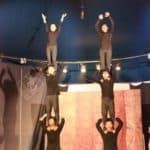 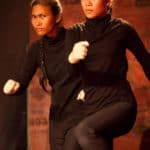 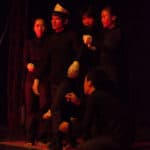